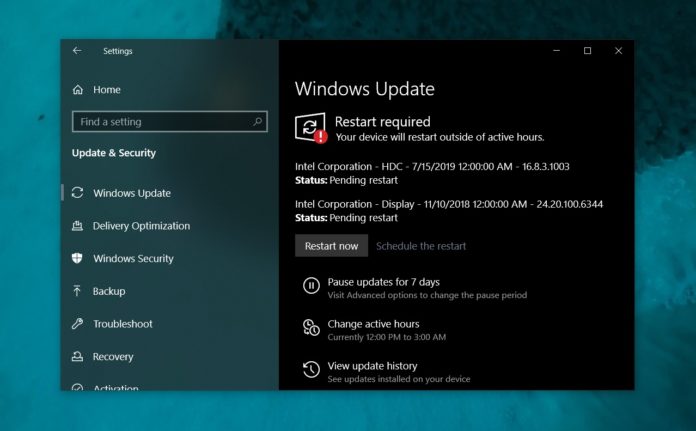 Windows 10 Build 18362.329 is an optional cumulative update and you will see a new ‘Download and install now’ button when you click ‘Check for Updates’. The button started appearing on Windows 10 devices in May and it has been designed to give you a choice to install optional updates, even if you accidentally clicked ‘Check for Updates’.

Windows 10 May 2019 Update shipped with Windows Sandbox, a very useful feature that allows users to create a temporary desktop environment where they can safely test untrusted software and files, including malicious programs.

Windows Sandbox has been broken on PCs with more than one language pack installed and the firm acknowledged it in May 2019. With today’s optional cumulative update, Microsoft has fixed Sandbox and it should no longer crash with error 0x80070002.

The company has fixed a bug where the system will fail to provide cursor if a text input element is selected using touch.

A bug has been fixed that prevented Windows Defender (soon Microsoft Defender) ATP from running automated forensic data collection if the system has the registry-based proxy configuration. Several other issues with Windows Defender Advanced Threat Protection (ATP) have been resolved in this release.

It’s also worth noting that the update ships with a new change that should improve the detection accuracy of Microsoft Defender ATP Threat & Vulnerability Management.

The update also fixes a bug that may have caused a black screen when establishing a Remote Desktop connection to devices with Windows 10 version 1903.