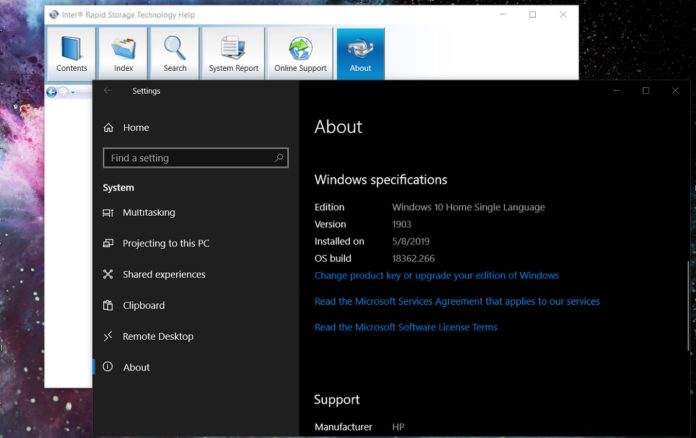 Microsoft recently revealed that the outdated Intel RST driver causes system reliability problems on Windows 10 May 2019 Update. To prevent further problems, Microsoft has opted to block the May 2019 Update to such PCs.

If you’re running outdated versions of the Intel Rapid Storage Technology drier, you won’t be able to install the May 2019 Update, according to Microsoft. If you attempt to install Windows 10 May 2019 Update with Update Assistant Tool, you’ll receive the following message:

Microsoft says the upgrade block is lifted when updated Intel RST driver is running, but users are reporting that they are still unable to install Windows 10 May 2019 Update. 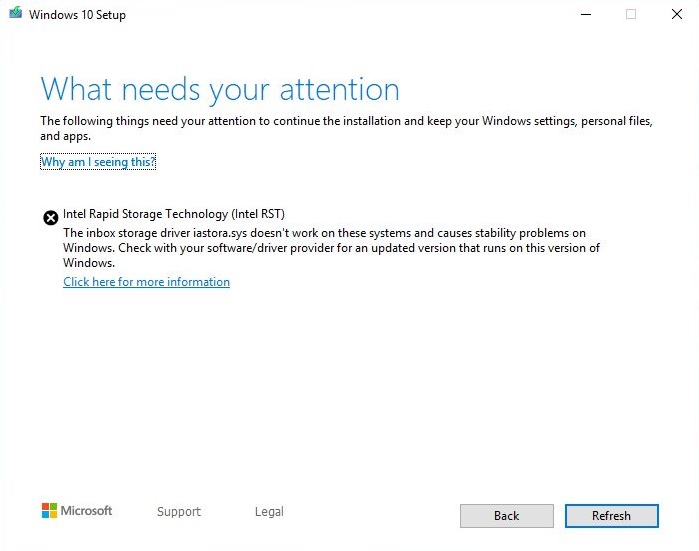 Even if you installed an updated driver, there’s a chance that you still won’t be able to upgrade to Windows 10 version 1903. According to various reports (1, 2, 3,) – the above error notification won’t go away and the upgrade installation refuses to proceed.

“I’ve literally been trying to fix this for hours. I’ve updated the version numerous times, uninstalled everything numerous times, yet every time I try to update, I get the same error over and over again,” a user documented the problem on Reddit.

“Same issue as well. I’ve tried the recommended version, the latest and uninstalled. Continue to get the same Upgrade error about RST compatibility,” another user noted.

@MicrosoftHelps I am trying to update to Win 10 1903 from 1803 but I get an error message saying I need an updated version of Intel RST but I already have the latest version installed, and verified on Intel’s website. Advice?

Our readers have also stumbled upon this bogus error message: 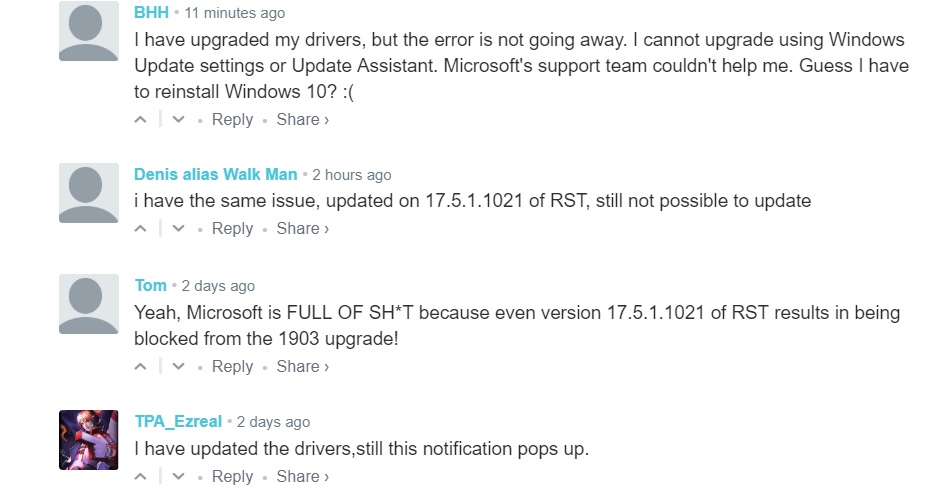 On Microsoft’s answer forum too, users are reporting about the error message.

It’s not clear why the upgrade is still being blocked, but it could be possible that Update Assistant Tool is unable to detect the new driver.

A solution is yet to be found, but if you really want the May 2019 Update, you can manually install it with Media Creation Tool only after double-checking the driver version.