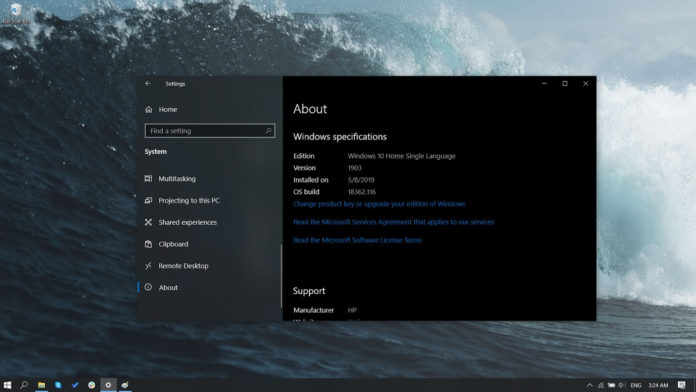 You can use Media Creation Tool to create Windows 10 installation media with USB flash drive or directly upgrade the PC. It appears that Windows Media Creation Tool has been updated and it should now be able to install the May 2019 Update with the July 9, 2019, patches.