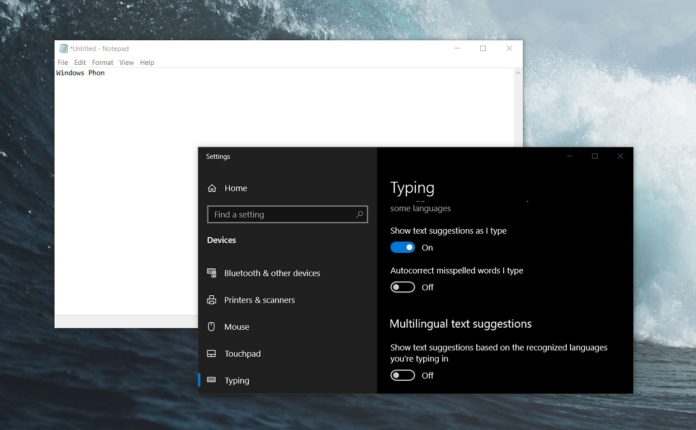 The current hardware keyboard suggestion in Windows 10 often fails to suggest the texts quickly. In May 2019 Update or older, the hardware test suggestions appear in a caret with up to three text candidate that you have to select with mouse or keyboard.

The ‘Hardware Keyboard Inline Prediction’ feature works in all apps, including Notepad and even Alarms & Clocks. It appears to be in the early stage of development and it has some bugs.

It’s worth noting that Microsoft hasn’t officially announced the new keyboard experience for Windows 10, but it is likely that more details will be shared soon.

Just like the other new features in Windows 10 20H1, inline text prediction is hidden and disabled by default.