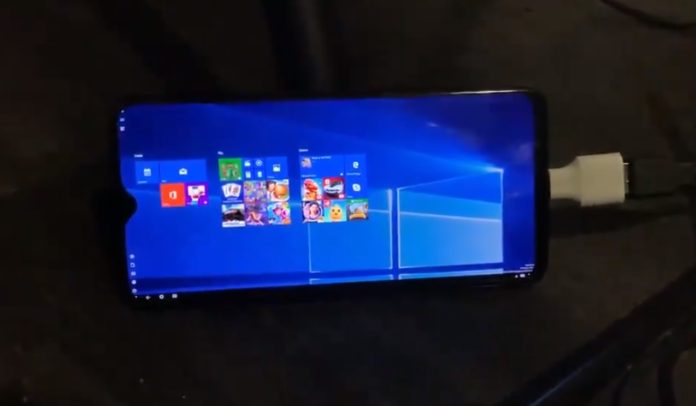 Windows 10 on ARM has allowed developers to fiddle with smartphones and install the unsupported desktop operating system. Last year, we saw Lumia 950 XL with Windows 10 on ARM and some developers managed to port the project to Google Pixel 3 XL that also uses Snapdragon processor.

In April, a developer ported the desktop OS to OnePlus 6T and also demoed the OnePlus flagship running Modern Warfare 2. In another announcement posted late last month, the developer going by the Twitter handle NTAuthority posted a photo that gives us the best look at OnePlus 6t with Windows 10.

As you can see in the below image, Windows 10 fits pretty well on one plus 6t, but the OS could not adjust its UI for waterdrop notch. Installing Windows 10 on Android handsets is apparently not easy and the developer also initially ran into the Blue Screen Of Death (BSOD). 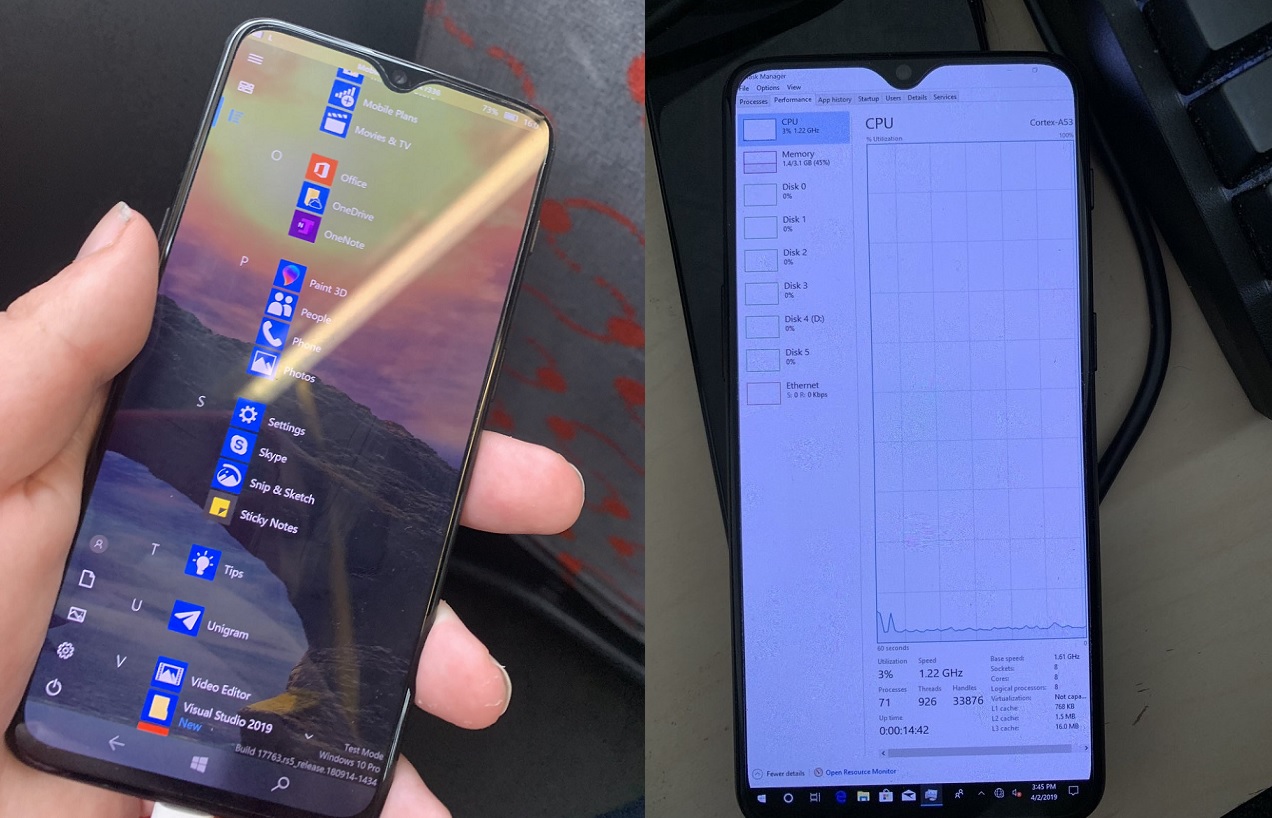 The touch panel of the OnePlus is recognized by Windows 10 as it uses a Synaptics touch controller.

Windows 10 hasn’t been optimized for small-screen devices, but developers are also working on a Mobile Shell that would bring Windows 10 Mobile-inspired interface to Windows 10 on ARM.