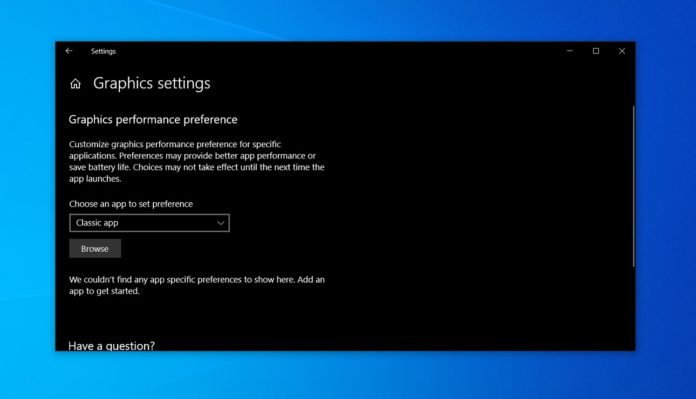 Windows 10 version 1903 was released earlier this week compatible devices and interested users can download it with Windows Update or Media Creation. May 2019 Update introduces multiple new features and several improvements, including a built-in setting to customize the variable refresh rate for games.

Disabled by default, this feature is designed to reduce screen tearing and allow for higher framerate by enabling variable refresh rate for games that don’t natively support it.

By thing looks of things, it appears that this feature is aimed at Windows Store apps and games. The classic games are not affected by the variable refresh rate feature. It could be an override for Windows Store games that lack adaptive sync support. 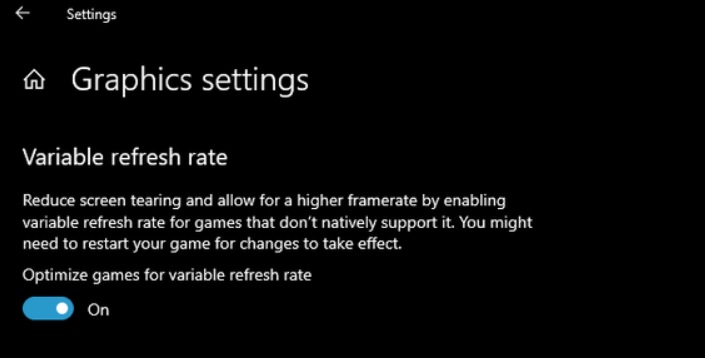 “Reduce screen tearing and allow for a higher framerate by enabling variable refresh rate for games that don’t natively support. You might need to restart your games for changes to take effect,” Microsoft explains.

It’s worth noting that VRR option may not show up on some devices. In a forum post, users have revealed that they don’t see this option on their PCs with Nvidia GeForce graphics.