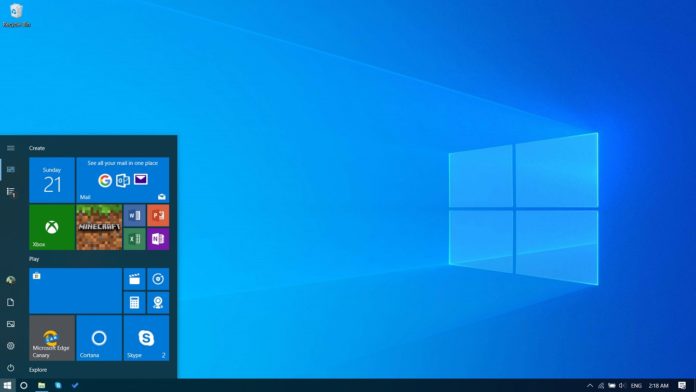 Windows 10 May 2019 Update (version 1903) is around the corners and the debut of the next update will also bring some new refinements to the Start menu. The improvements are not as substantial as the ones in the initial updates of Windows 10, though the refinements should improve the experience and performance.

Windows 10 May 2019 Update’s default Start layout has been streamlined on new devices, new installations and new user account. This means if you clean install Windows 10 or create a new user account, the default layout of the Start menu would feature a cleaner, sleek, one-column design with fewer tiles.

There are several other important changes that Windows 10 May 2019 Update will bring to the Start menu, including improved performance.

Ability to clean up Start quickly

Microsoft isn’t changing the UI of Start Menu, but the company has implemented one highly-requested feature: the ability to unpin a folder or group of tiles.

Microsoft understands managing multiple tiles could be a time-consuming task. Windows 10 May 2019 Update will allow you to configure your tiles even faster by allowing you to unpin all tiles that are in a group.

In Windows 10 May 2019 Update, Microsoft has doubled the number of pre-installed apps that can be removed. This means you can open the Start menu, head to the all apps list, right-click on the pre-installed app and uninstall it.

Fluent Design and other improvements

Windows 10 version 1903 also brings Fluent Design elements to the left navigation pane in Start where the power button lives. In addition to Fluent Design, the navigation pane will also expand when you hover the mouse over the button labels, making it easier for users to understand the functionality of the icons.

You’ll also notice an orange indicator on the power button when there’s a pending update that requires a reboot to finish the installation.

Windows 10 19H1 update creates a separate process for the Start menu experience that would have a deeper impact on overall reliability. In earlier versions of Windows 10, Start has been part of the broader Shell experience which impacted its performance in some cases.

In Windows 10 October 2018 Update or older, when anything slows down the Explorer process, the Start menu is also hit with performance and reliability issues.

The process of Start menu is called ‘StartMenuExperienceHost’ and you will see it in the Windows Task Manager.

“Moving Start into its own app, while of course still feeling integrated into the Shell, provided users with several benefits. By insulating Start from potential issues impacting other surfaces, Insiders saw measurable improvements in Start reliability,” Microsoft explains.

Windows 10 May 2019 Update doesn’t bring too many new features to the Start menu, but it’s pretty clear that Microsoft is looking into different ways to improve the performance of the Start and the entire operating system.