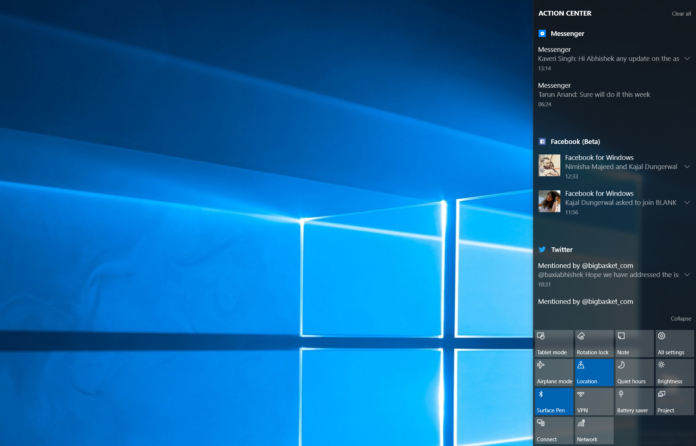 Windows 10 October 2018 Update was made available to the public in October 2018 and it came with some bugs. Microsoft has already addressed all critical issues with an update and most recent cumulative update has addressed an issue where Action Center wouldn’t work properly.

In the changelog, Microsoft explained that an issue with Action Center where it might suddenly appear on the opposite side of the screen before appearing on the correct side.

“Addresses an issue that may cause the Action Center to suddenly appear on the wrong side of the screen before appearing on the correct side,” Microsoft explains.

All of the issues originally reported in Windows 10 October 2018 Update have been addressed and Microsoft is now working on the next big release codenamed 19H1. Windows 19H1 (April 2019 Update, version 1903) is expected to begin rolling out to consumers in the month of April 2019.