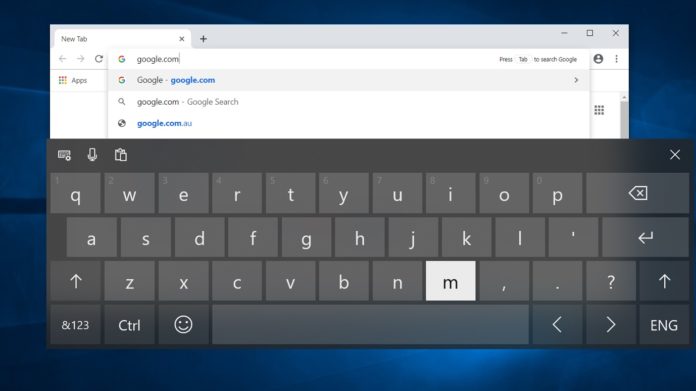 Microsoft is actively contributing to the Chromium community and the recent commits made by Microsoft are supposed to improve Chromium browsers experience on Windows 10. According to the latest findings, Google Chrome will work better with Windows 10’s touch keyboard when editing online documents such as Excel Sheet.

First spotted by us, the new Chromium commit by a Microsoft engineer aims to address an issue where Chrome wouldn’t play nice with Windows 10’s built-in touch keyboard when editing online Excel document.

“The bottom cells that are likely to be occluded by the on screen keyboard,” the post explains.

Microsoft has figured out a solution to address this glitch and the company has submitted a commit titled ‘Fix touch keyboard occluding focused element inside OOPIF’. The post explains that commit will address the glitch by allowing the browser to scroll the focused element into view.

Microsoft’s contribution to Chromium development is slowly increasing and various commits by Microsoft appear to suggest that the preview of the next version of Edge will show up in public soon.

For instance, we recently spotted a commit on Chromium from Microsoft engineers that include a fix for failed DirectX variables and as well as improvements for upstream local-time related web test to WPT.

Similarly, the posts on Google product forums revealed Microsoft’s intention to address the accessibility features of Chromium and bring it in line with other accessibility-friendly Windows 10 programs.