Windows 10 KB4481031 addresses several bugs in .NET Framework 3.5 and 4.7.2. According to the changelog, Microsoft has fixed an issue with garbage collection in JIT-compiled code.

The cumulative update for .NET Framework also includes fixes for IIS-hosted Net.tcp WCF services. Microsoft says that the service became unavailable on some PCs when the portsharing service was restarted.

Today, Microsoft updated the support document to note that the update was accidentally shipped to Windows 10 devices via Windows Update as an automatic download. Microsoft says that the update is still available for download, but the system won’t grab the files automatically.

It appears that the update was never intended to be downloaded automatically on production devices. The software maker has corrected the error and the company is now offering the update only for advanced users (also known as seekers) who manually check for updates in the Settings app.

“For 24 hours, this Jan 22, 2019 Cumulative Update for .NET Framework 3.5 and 4.7.2 (KB4481031) was made available broadly on Windows Update as an automatic update. As of January 23, 2019, this update is no longer offered on Windows Update as an automatic update, but rather only to “seekers” who go to Settings > Update & Security > Windows Update, and then select Check for updates, as is expected.  This update continues to be available on WSUS and Microsoft Update Catalog,” Microsoft explains.

If you haven’t disabled automatic downloads of Windows 10 updates, it is likely that the cumulative update for the .NET Framework has already been installed on your PC. 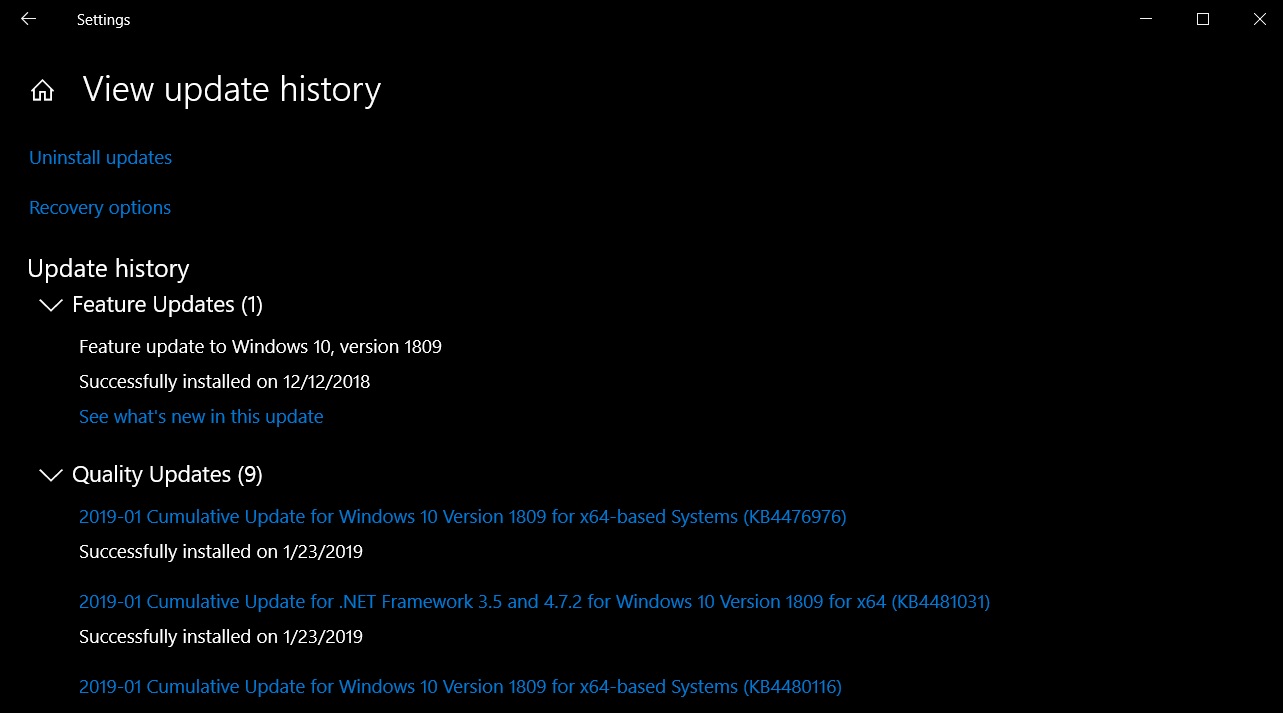 To check whether the update is installed, head over to Settings > Update & Security > Windows Update and tap on ‘View update history’ button.

In case the update is not installed, you can go to Settings > Update & Security > Windows Update, and then select Check for updates.

It is possible that the changes included in the latest .NET Framework cumulative update will be shipped to users as an automatic download on next Patch Tuesday.