Microsoft’s next update to Windows 10 is internally codenamed ’19H1′. A new finding today revealed that the name of the new operating system is April 2019 Update. 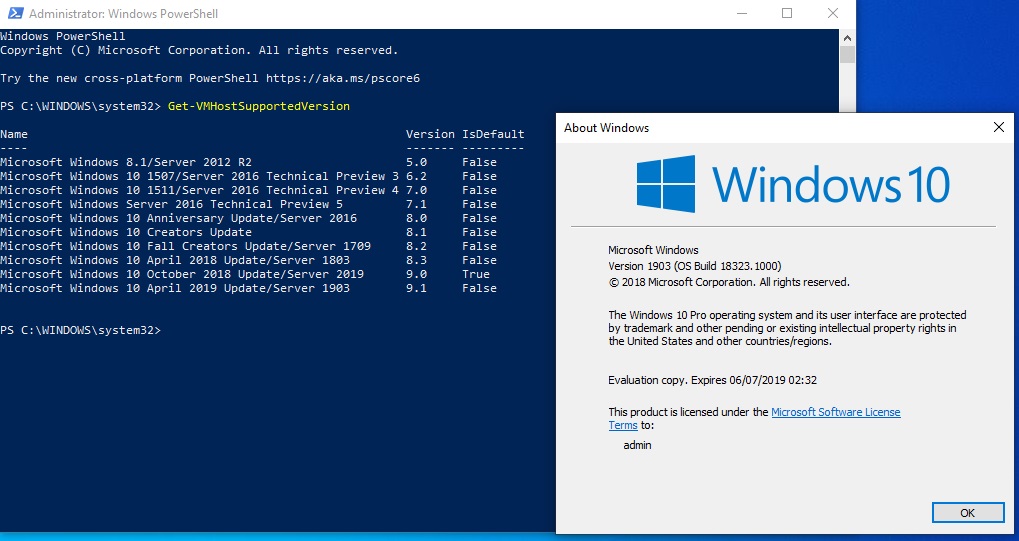 In Windows 10 19H1 preview builds, if you run the PowerShell command Get-VMHostSupportedVersion, it will list the name of all of the supported versions of Windows 10, and it also displays the name ‘Windows 10 April 2019 Update’.