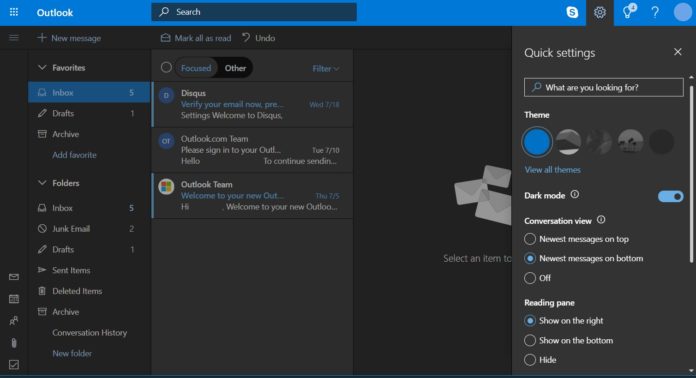 Microsoft Outlook email service is currently experiencing some issues and it’s not working in certain parts of the worlds. The users are unable to send emails via Outlook and Microsoft has acknowledged the problem with its email service. In some cases, the users may not be able to sign in to their accounts.

Microsoft has confirmed that it has discovered a potential issue the is impacting the availability of the service. Microsoft’s engineers are reviewing diagnostic and telemetry data to isolate the cause of the problem.

The software giant has already figured out a fix and the company is deploying it. Microsoft says that the impacted users should begin to see relief as the deployment progresses.

“The deployment of the fix has reached 50 percent of the impacted infrastructure and we estimate it’ll be completed within the next hour,” the latest update on Microsoft’s status page reads.

By the looks of things, Outlook runs flawlessly for the majority of customers and you could still log in or send emails without any issues.

According to reports, some users may also experience errors when signing in to Outlook. “We couldn’t sign you into Outlook. This might have happened because you have a bookmark that’s out of date,” the error reads.

The issue is not widespread

Judging from the number of reports, Outlook appears to be working for the majority of customers. It’s not known whether the Windows 10 Outlook Mail app is also facing difficulties in connecting to Outlook service or not. But given that reports of issues are very limited, there’s a chance only a few users are impacted.

Microsoft hasn’t revealed how widespread this problem is right now but the company is also already working on a fix and the service should be back up in the coming hours if it’s down for you.

If Outlook is down on your end, you need to wait as trying a different browser or app may not address the server side issue. There’s no action you should take at the moment. Outlook services will be restored soon and we’ll update the article when the email service is back online.