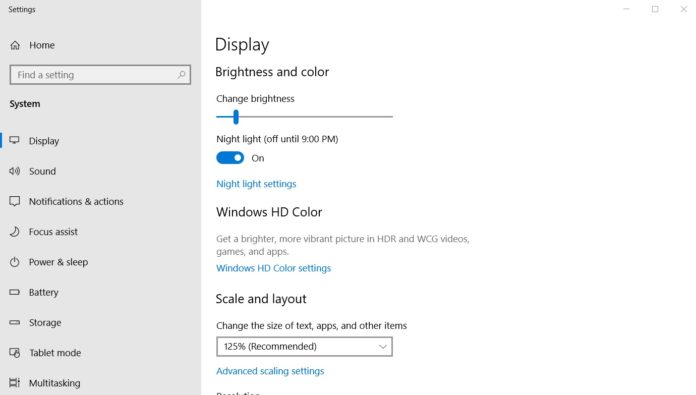 Microsoft shipped Windows 10 October 2018 Update (version 1809) on October 2 but it was pulled shortly after its release. It turns out that there is another bug in the OS that resets brightness after a reboot on some systems but Microsoft has already figured out a fix.

According to a thread on Reddit, there are some users experiencing this problem. Another thread indicates a similar problem on Windows 10 October 2018 Update. There is also a thread on Microsoft answers forum documenting the problem.

The fix is arriving soon

Microsoft yesterday released Windows 10 19H1 Build 18262 to Insiders with a fix for the brightness bug. It’s likely that Microsoft will now also fix the bug in Windows 10 October 2018 Update soon before the public rollout.

“We fixed an issue resulting in the brightness sometimes resetting to 50% after a reboot,” Microsoft explains in the release notes of Build 18262.