Microsoft is releasing Windows 10 Build 18262 from the 19H1 branch for Insiders enrolled in the Fast and Skip Ahead Ring. For those unfamiliar, Windows 10 19H1 is the next feature update and it will arrive in the spring of 2019. 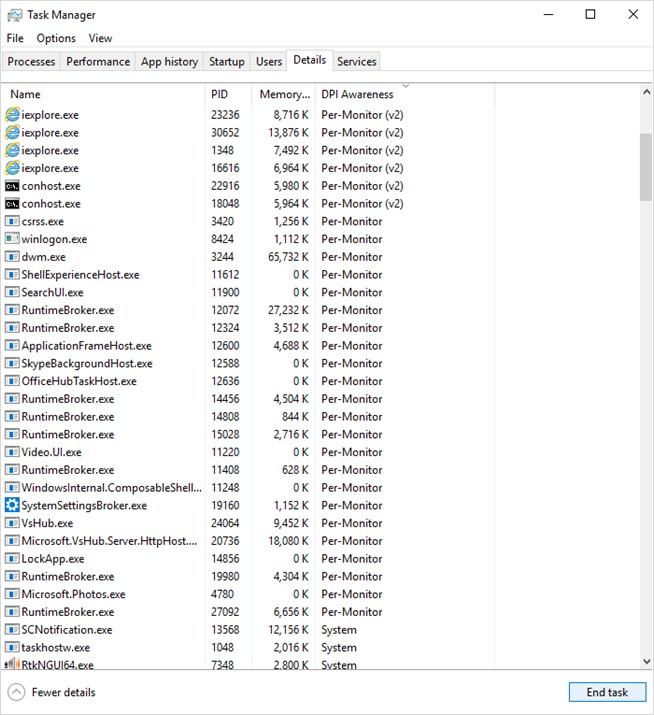 Microsoft has introduced a new DPI Awareness option in the Task Manager. The option helps users in knowing the DPI awareness per process. To show the column, you need to right click on the column headers in the Details tab and then click “Select Columns” and then add “DPI Awareness” to the list.

You can now uninstall several preinstalled Windows 10 inbox apps by going to the context menu on the Start menu. Users were able to uninstall apps like Microsoft Solitare Collection, OneNote, Paint3D and more in Windows 10 October 2018 Update and earlier.

The company has added more apps to the list in the latest insider build. That means you will now be able to uninstall apps like 3D Viewer (previously called Mixed Reality Viewer), Calculator, Calendar, Groove Music, Mail, Movies & TV and more.

Microsoft has made some improvements to the Troubleshooting feature by allowing users to automatically fix or recommended troubleshooting for issues. You would need to go to Settings > Update & Security to find Troubleshoot option in Build 18262. The feature has been currently disabled and will be available in future builds.

As is expected in the preview build, Microsoft has also detailed out the known issues:

The latest build is currently live for Fast and Skip Ahead Ring Insiders and you can get it by going to Settings > Update & Security > Windows Update.