The rumours recently claimed that Surface Studio could be another Microsoft’s hardware that may get a facelift next month alongside with the Surface Laptop and Pro at October 2nd event.

Microsoft Surface Studio 2 yesterday appeared in Geekbench and the device also shows up in search results. The Geekbench listing reveals that the Surface Studio 2 will be powered by Intel Core i7-7820HQ processor, coupled up with up to 32 GB of RAM. 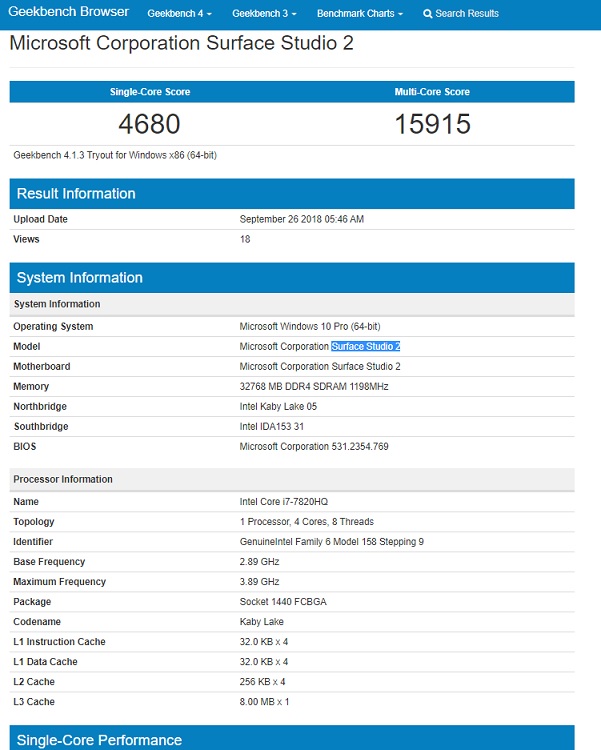 Rumours revealed that Microsoft will unveil the black variant of Surface Laptop and Surface Pro (2017) but don’t expect any too exciting device like a heavily redesigned Surface device or Andromeda to show up at this event.

Microsoft could drop a hint or two about the heavily redesigned Surface devices, but no new device is likely to see daylight at this event.