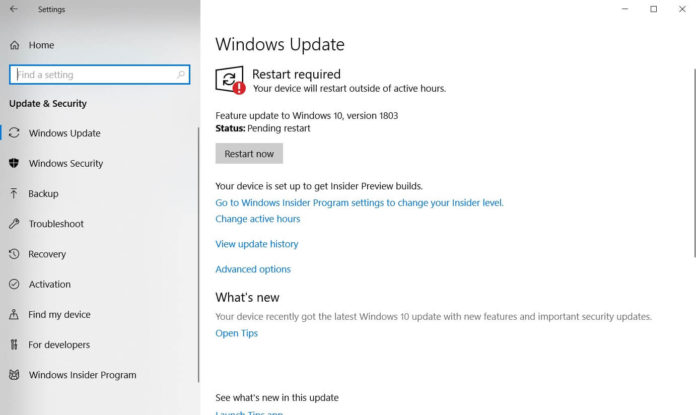 Earlier this year, Intel announced that they have discovered Meltdown and Spectre vulnerabilities in their processors. The company later released microcode updates for some of its CPU platforms to patch them against the Spectre Variant vulnerability.

Today, Microsoft is rolling out yet another Intel microcode update for all supported versions of Windows 10 operating system.

Systems that are powered by Windows 10 April 2018 Update (version 1803) are now provided with a new microcode update that brings more mitigations for vulnerabilities. KB4346084 is available for Windows 10 April 2018 Update (version 1803) devices and the patch addresses the latest vulnerabilities. It’s worth noting that the patch won’t show up on devices via Windows Update.

“This update is a stand-alone update targeted for Windows 10 version 1803 (Windows 10 April 2018 Update) and Windows Server Version 1803 (Server Core),” the company explains. “By default, this mitigation is on for Windows client systems. Therefore, no action is required”.

If you’re using Windows 10 Fall Creators Update and your PC is unpatched, KB4090007 will show up via Windows Update. You’re not supposed to force the patch on your device as long as you are running the latest version of the operating system.

Again, you’re not supposed to force any update on your PCs. If you’re familiar with the development, you can open the Microsoft’s Update Catalog website and deploy the patches manually. Today’s security update does not include any other improvements besides the Intel microcode update.