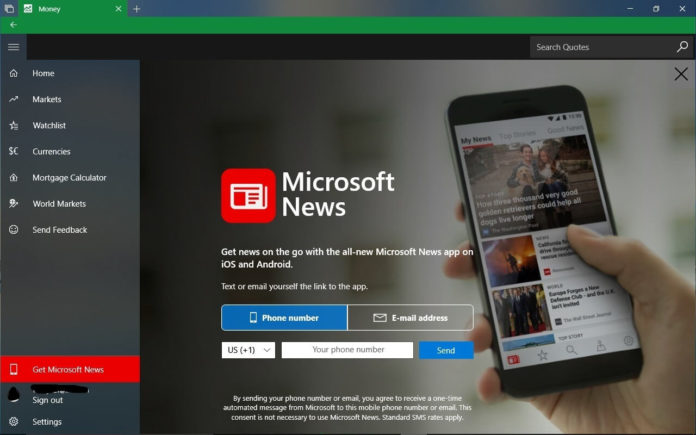 Microsoft earlier today launched the rebranded News app on Windows 10, and the company is now rolling out a new update to Weather, Money and Sports app with Fluent Design. It appears that the update is only available for Windows Insiders, and it includes new Fluent Design touches, such as blur effect (transparency).

The app now has a shortcut on the left sidebar to tell you about Microsoft News and how you can get it on your mobile.

Microsoft’s Fluent Design is a new design language for Windows 10 that continuously evolves and blur effect is just a small part of the visual makeover. Most of the first party apps already support the Fluent Design, and today three new apps are joining the push. 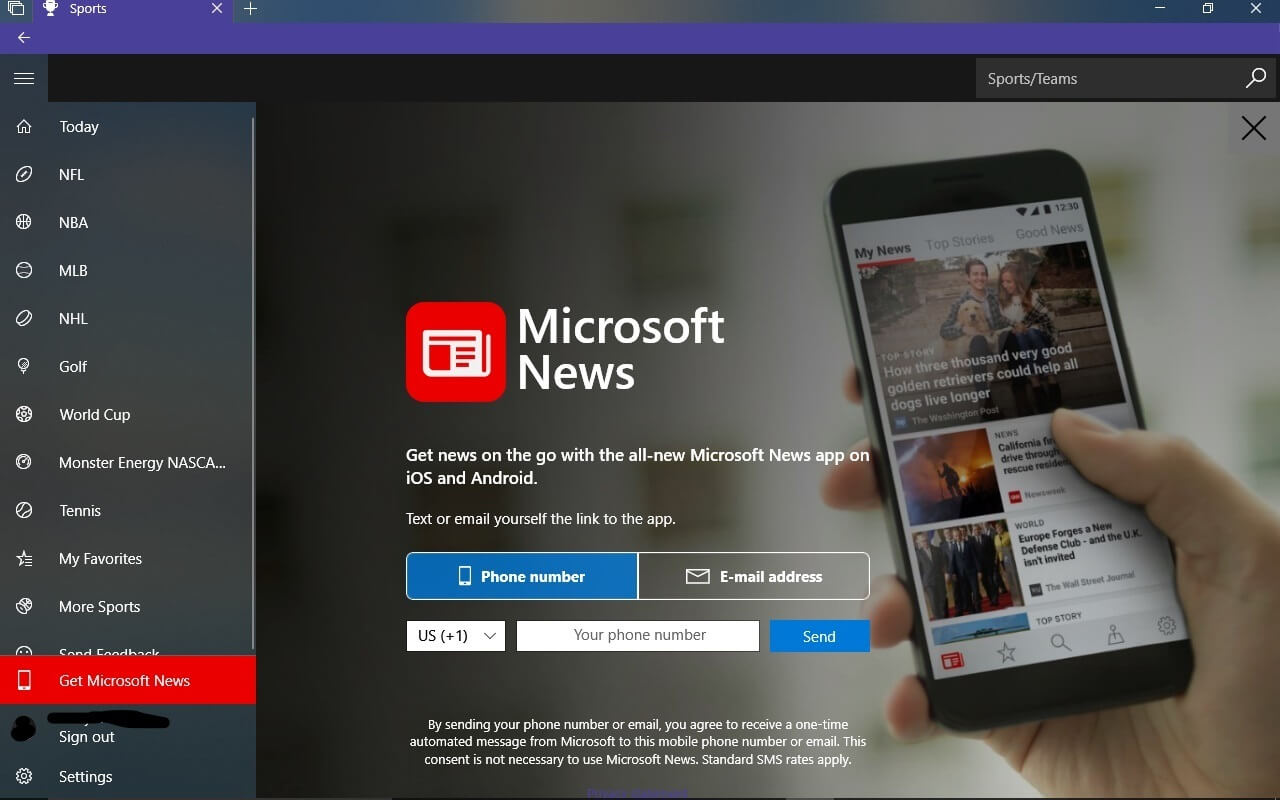 The link basically points users to all mobile versions of the app (on Android and iOS).

Microsoft is still testing the new app with Fluent Design and should release it to everyone else in the coming days or weeks. It’s worth mentioning that only Windows Insiders in the Fast ring are getting it for now.