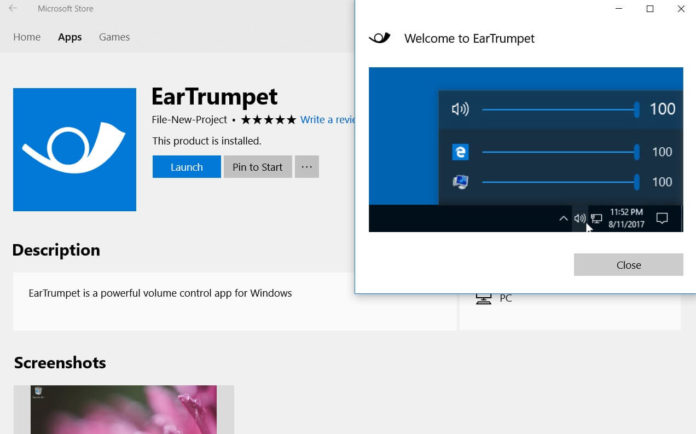 Windows 10 is one of the finest version of Microsoft’s desktop operating system, and it brings visual makeover to the tinest parts of the OS. The volume control UI, which can be accessed from the taskbar, also comes with a modern look but truth to be told, Windows 10’s volume controls aren’t that special.

In Windows 10, you can assign the apps sound to a specific audio system, but you’ve to do that manually for every single app. The well-known developers David Golden and Rafael Rivera worked together on a new version of EarTrumpet, which brings a better volume control to Windows 10.

EarTumpet is a must-have replacement for Windows’ taskbar audio control. It basically allows you to control the sound coming out of your audio devices, directly from your taskbar.

With EarTumpet, you can easily change the volume of multiple audio systems from the taskbar by using the mouse wheel. It also supports the multi-channel peak metering, enhanced app session grouping, keyboard shortcut and other features. Windows 10’s default volume controller is not even close to EarTrumpet.