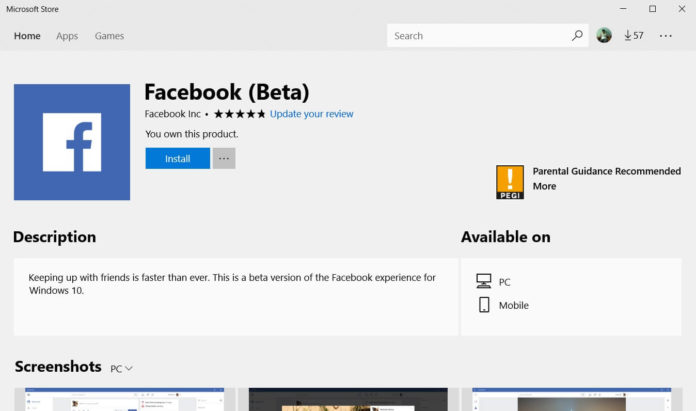 Today it appears that some users are seeing an updated version of Facebook Beta in the Microsoft Store (formerly Windows Store).

Certainly, this is a good news for those who use the app on Windows 10 over the web version. The update is still rolling out, so we can’t guarantee that it’s available for everyone in all regions. As noted above, the updated app is only available for beta users.

Facebook Beta for Windows 10 updated to version 171.1715.2280.0, and it comes with UI changes, new features and performance improvements.

It appears that Facebook Beta for Windows 10 finally supports post themes or coloured background option. With this feature, Facebook is trying to make highly personal text statuses as eye-catching as photos. Users can select a colour, and it would appear behind their text status, replacing the white background.

It does seem that Facebook has finally started paying attention to its Windows 10 app and the Messenger, which also received new features and improvements.

Facebook for Windows 10 is designed to offer the best experience on the platform, and it supports all the native APIs including Live Tiles, which allows you to quickly see new photos, messages from the start menu. Facebook is however not committed to its app for Windows 10, and the updates are released once in a while.