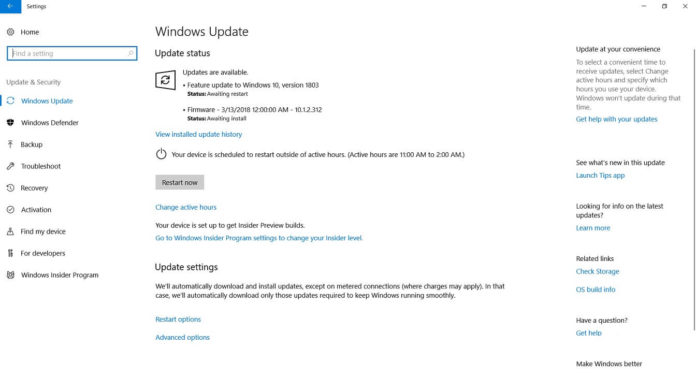 While the update will be rolled out in stages, manual downloads of Windows 10 Spring Creators Update will also be offered to those who don’t want to wait any longer. If you can deal with possible bugs and compatibility issues, Microsoft is also offering manual ways to upgrade the PCs. It goes without saying that manual downloads might come with bugs and issues due to the missing drivers and firmware support.

Microsoft has managed to advance the Spring Creators Update to RTM status and the users enrolled into the Windows Insider program can download the final version of the new operating system. All they need to do is enroll in the Release Preview Ring and upgrade to the newest version of Windows 10.

Not a tech-savvy? We’ve got you covered as well.

What the heck is Windows Insider program?

Why am I not seeing the Windows 10 Spring Creators Update?

You might not receive the Windows 10 Spring Creators Update immediately after entering the Release Preview ring, Microsoft says that the update will be offered in less than 48 hours, although it depends on a series of factors.