Everyone knows that installing feature updates of Windows 10 takes a lot of time and it is frustrating. Many users have complained about the longer installing time and a lot of Windows users and insiders have provided feedback for the same. Microsoft has finally listened to the feedback and has announced that they have improved the time taken to install feature updates.

Joseph Conway, the Senior Program Manager on the Windows Fundamentals team at Microsoft has given a detailed description on how they managed to reduce the time taken to install Windows 10 feature updates.

Every feature update installation consists of four phases and each phase can be completed either in an “online” approach or in an “offline” approach. The phases which can be completed online do not disturb the user as it happens in the background. Most users won’t notice it as it occurs when Windows is running, that is when the device is being used. The offline phases, however, do not allow the user to do any task on his/her device. During this time, Windows will not run and only the installation process will take place.

Offline installs take a lot of time to get completed. From the information given by Microsoft, the average time taken to complete installing the Creators Update was approximately 82 minutes.

Microsoft has in fact been working on this and has managed to reduce the offline install time of the Fall Creators update, which was released in October 2017, to 51 minutes. To make things better, Microsoft has worked on this further and reduced the install time of the upcoming Redstone 4 update to 30 minutes which is a whopping 63% decrease when compared to the Creators update.

Microsoft has also given a detailed comparison between the old feature update installation process and the new process. 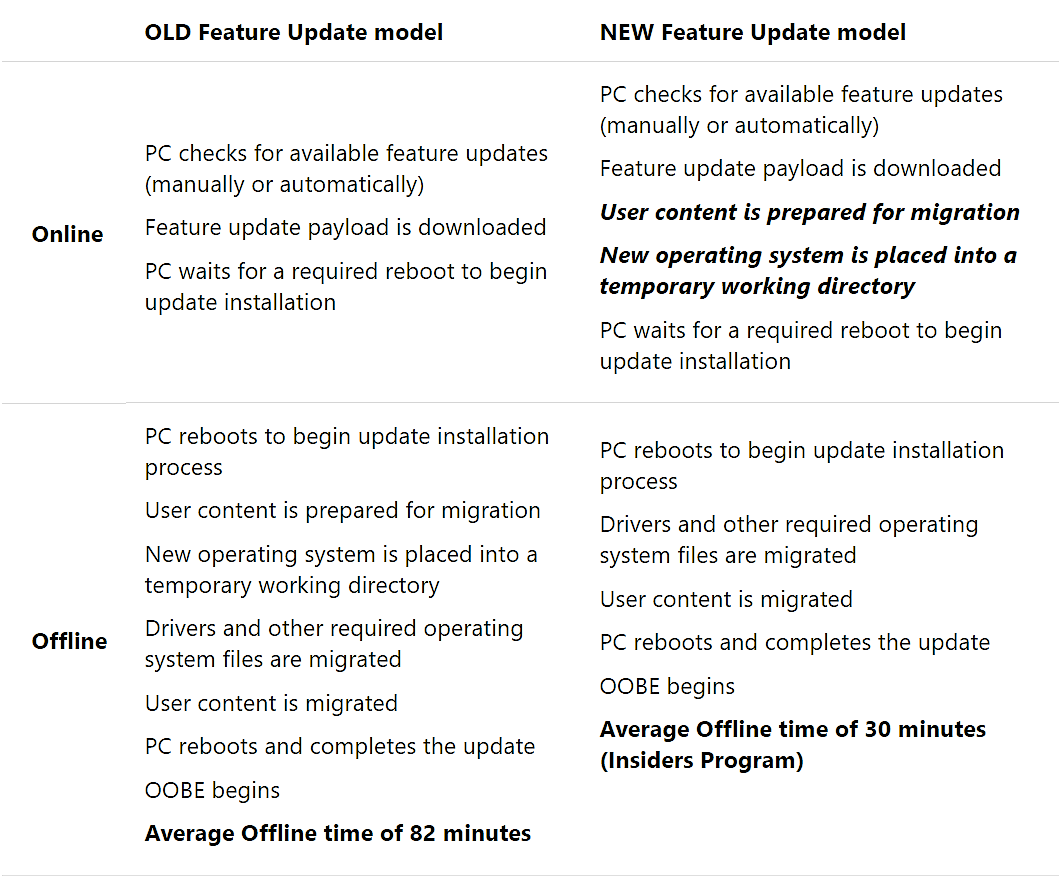