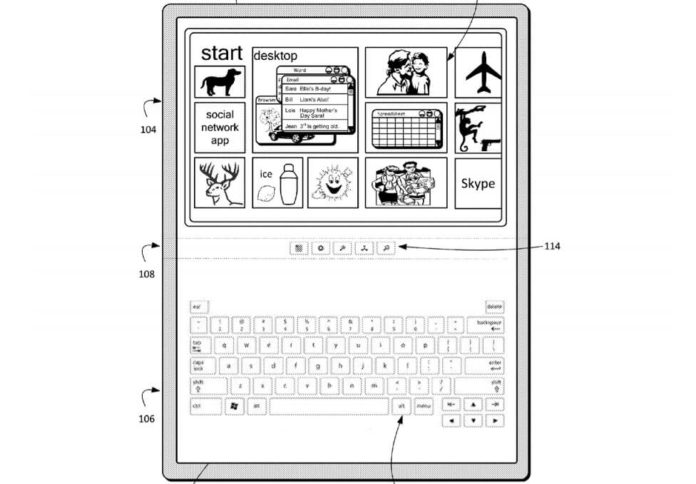 Microsoft’s foldable Windows 10 Phone is reportedly arriving later this year, and today we have discovered yet another patent that shows a bendable tablet type device. While the previous patents were about a foldable mobile with a visible hinge, this one is somewhat more interesting and practical, the patented titled “Flexible Electronic Display Device” shows a tablet-sized device that will become a phablet when folded. Unlike the previous patents, this device features a screen which is itself flexible and bendable.

Microsoft is working on a new mobile device codenamed Andromeda but popularly referred to as Surface Phone by many tech enthusiasts. The patents are discovered every month, and the patents provide a glimpse into how the foldable mobile device thing could work. Microsoft is still believed to be working on this device and today’s patent has more interesting details of the long rumoured device.

The patent, which was discovered by Walking Cat shows a tablet-sized device with a display unit having a continuous display area across both displays. There’s an element for the transition between the two displays – this allows the device to bend about a first axis, it can be configured to identify the position and determine which image is to be displayed on any one of the screens. It is also worth noting that such a device will be powered by a special processor which would determine which image to display on the display unit. 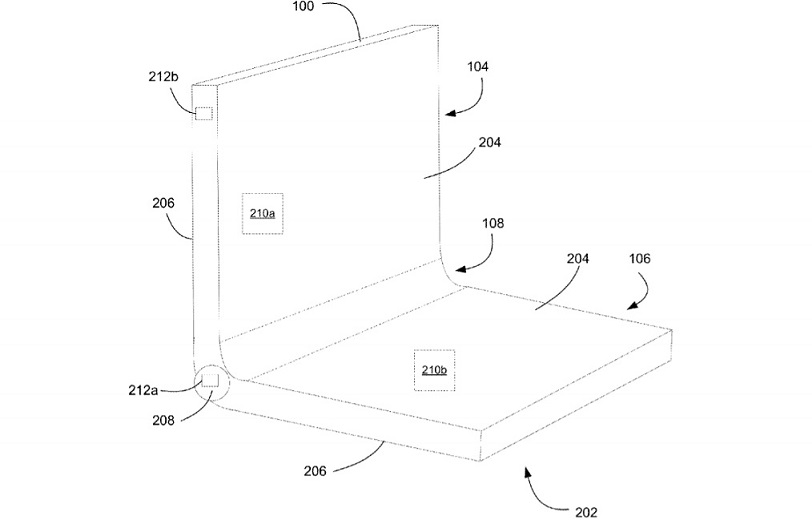 The screen has a material that allows the device to fold, while in previous patents, Microsoft had implemented a hinge to enable foldability and modularity.

Surface Phone (Andromeda) with a hinge

Microsoft yesterday also published another patent titled ‘Hinged Device’ that describes the hinge the Surface Phone could come with. The hinge is apparently used to connect two different display, and similar patents have been spotted in the past as well, the publishing date appears to be March 1, 2018, and again this isn’t entirely a new concept. This patent could be an indication that company is still exploring devices with foldable screens and a hinge allowing several form factors.

Just like any patent, this one too describes the use of hinge for two form factor; phone when displays are closed, and when fully open, it can play the role of a tablet. Another interesting design in this patent is laptop form factor. In other words, one of the screens can be operated as a keyboard, something Apple appears to be looking into for its MacBook. 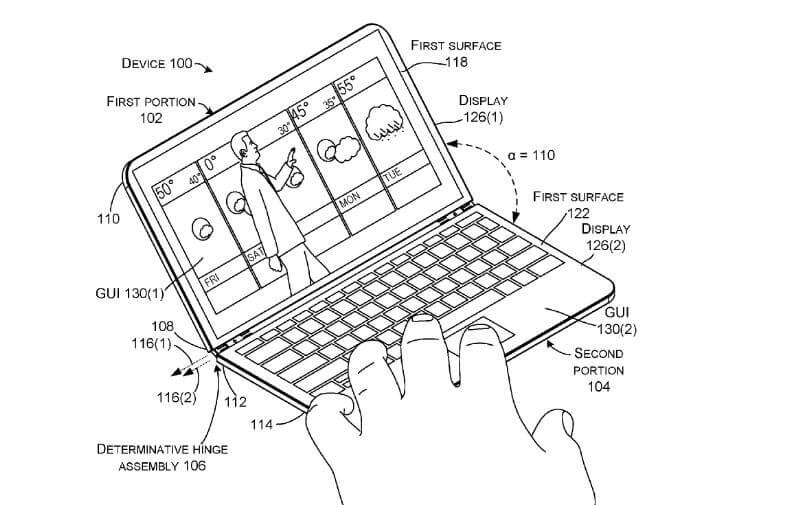