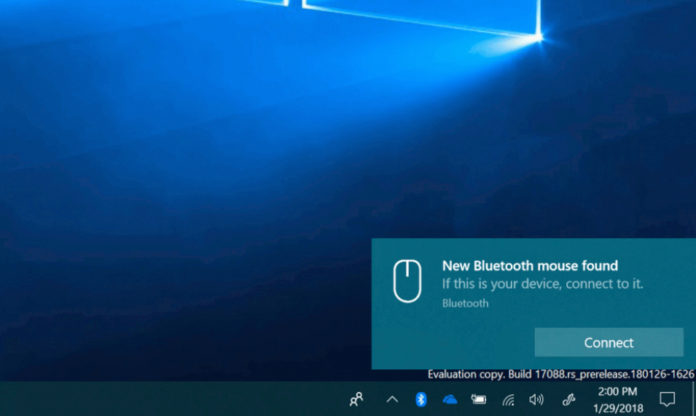 Microsoft introduced a new feature called “streamlined paring service” to insiders with Windows 10 build 17093. With this new feature, users could pair a Bluetooth device with just one single click.

The feature though is very useful. Microsoft is trying to make Bluetooth pairing process rather less painful. But the name – “streamlined pairing experience” isn’t the coolest name in the world. And this might change.

Microsoft watcher – WalkingCat on Twitter, tweeted out an interesting information regarding this new feature. The tweet suggests that Microsoft could be planning to rename this feature in the final Redstone 4 RTM release as “Swift Pair”.

looks like the new "streamlined pairing experience" for Bluetooth in Windows is called "Swift Pair" ?

This feature will be coming in the next major Windows 10 update which is due in April 2018. Currently, this feature only supports a limited amount of devices including very few Surface accessories. We expect this feature to gradually work with all other Bluetooth devices by the final Redstone 4 release. If you’re running Windows 10 insider preview Build 17093 and later, here’s how to use this feature:

If at any time, a user wishes to turn this feature off, they can simply do so in the “Bluetooth & other devices” page in the settings app. Enterprises will also be able to control this feature through any existing Mobile Device Management solution.