Microsoft releases several updates for Windows 10 with security fixes on every second Tuesday. While the updates are supposed to fix the reported bugs, but the updates if not compatible with PC can ruin everything. Uninstalling the updates in Windows 10 seems to be the only working solution to revert the changes applied to the operating system.

Gone are the days when the computing devices were merely a machine which was used only by the small segments of the world population. Companies like Microsoft, Google, and Apple, all were successful in the juxtaposition of heavy computational workloads with entertaining stuff. Microsoft played the leading role particularly in mainstreaming the desktop computers, thanks to Bill Gates’s computers at every desk goal. Although the Redmond giant has lost a significant amount of mindshare in consumer space, the company maintained its focus in their core areas.

Speaking of core areas, almost Ninety percent of the computers are running Windows, which clearly suggest that Microsoft is the market leader in desktop computers. But the future has no place for a static computational device. It has to be mobile! Microsoft knows this and made necessary changes to their strategies.

If you follow Microsoft closely you know that the company has displayed certain discernible changes in distributing Windows. The company’s focus is shifted from a licensed Windows model to a Windows as a service model with the inception of Windows 10.

Frequent updates are sort of complementary to ‘Windows as a service’ model. But sometimes it so happens that we run out of luck in maintaining both the world, latest OS, and performance. Those who use computers for critical purposes won’t compromise their workflow at any cost.

If you are looking for a way to ignore any kind of updates that you receive almost every week. You are in luck! Here are the ways to uninstall updates in Windows 10 which according to you are highly suspicious.

Uninstall and remove updates in Windows 10

Although you might encounter problems in your PC for other reasons, very often a particular update plays the villain. Amongst the chunk of updates that come in almost every week, you need to find those ones which are on your suspect list. Most of the times, the latest updates that you installed, cause the anomaly.

Launch the settings app by pressing WIN+I, look for Update and Security and click on it. In the Windows update page look for View installed update history > Uninstall updates. 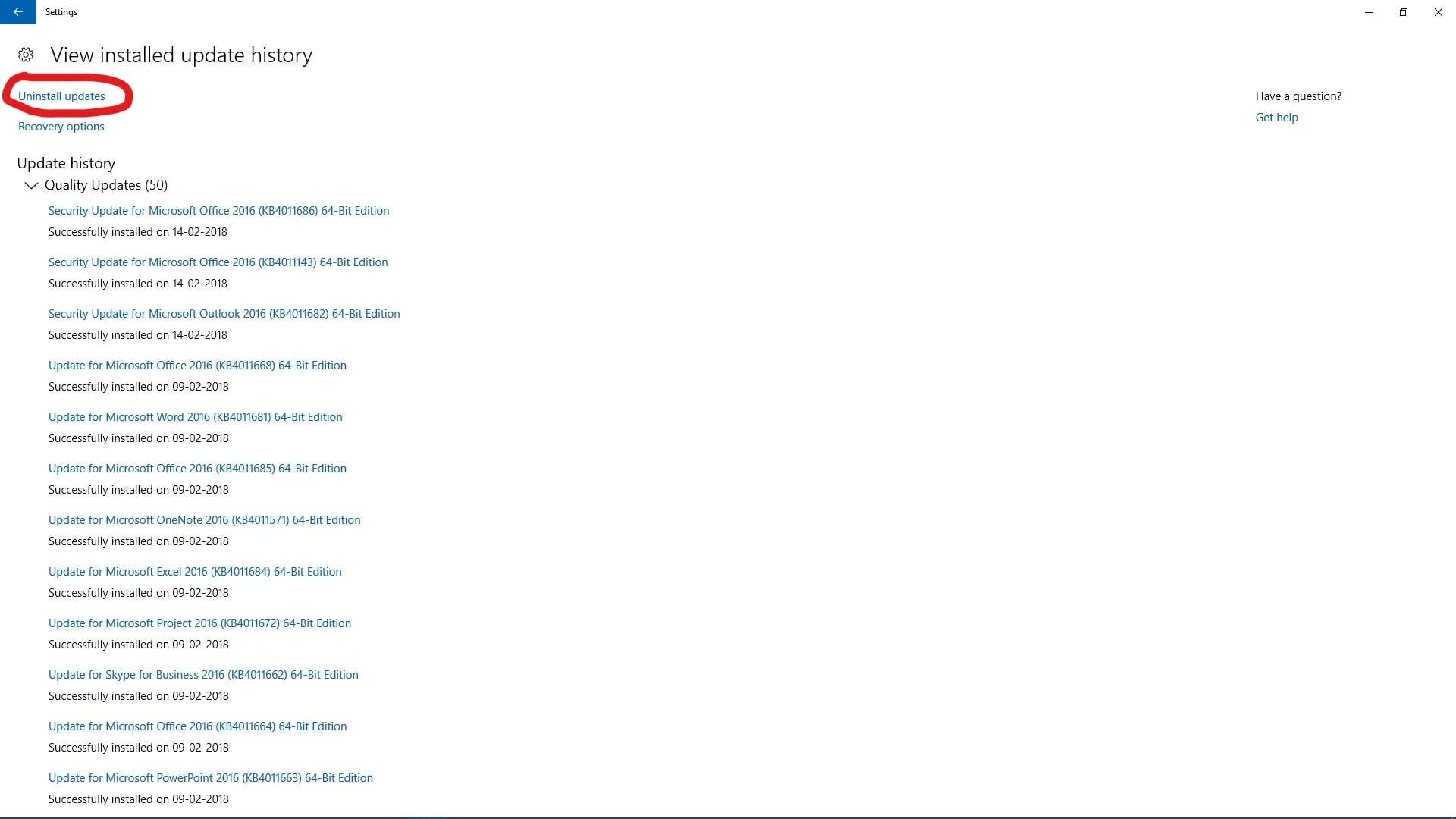 You will be redirected to the classic control panel setting on clicking Uninstall updates. Shortlist all the updates that come on your suspect list and then uninstall each one by one by right-clicking on them. Like for an update, a reboot is required to complete the action.

People often don’t find the differences between PowerShell and a Command prompt. It somewhat does similar kinda things but both are very different from each other. In case you are unable to uninstall any particular update following the previous approach, you will surely hit the bull’s eye with PowerShell. Search for Windows PowerShell in windows search and then run as an Administrator. Write the following in PowerShell Window:

If you are not on Windows 10 command prompt will just work fine for you. You can perform the task with the same command line on command prompt if you are on an older version of Windows.

Your computer will get a reboot after the completion of the process. There is a hack if you don’t want the reboot to be automatic and want to perform it manually, you can do so by adding two extra phrases to the same command line: