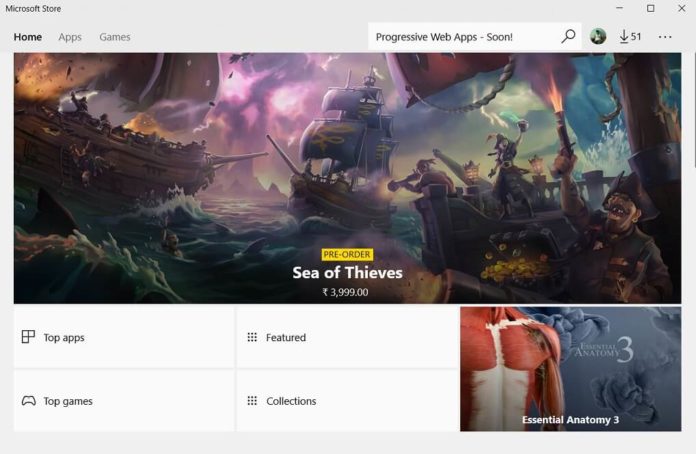 Today, in a blog post, Microsoft has officially announced that support for Progressive Web Apps (PWA) is coming to both Edge browser and Windows 10 operating system. “We believe PWAs are key to the web’s future, and couldn’t be more excited about their potential to enable more immersive web app experiences across all device form factors,” Microsoft said in a blog post.

Since Windows Store has always been criticised for app gap issue, the Progressive Web Apps (PWA) could finally fix the app gap to some extent. Converting the web pages to Progressive Web Apps is just a matter of seconds. The full support for web apps will be released with the next major update of Windows 10 in early 2018.

Microsoft is also planning to populate the Windows 10 Store with PWAs as the software giant will be using Bing crawler to index selected quality PWAs. Microsoft has set the quality guidelines for the web developers, for example, the website must be using HTTPS connection to pass as PWA. Since the web apps will not be hosted on Microsoft servers, it could be updated anytime by the developers, and these apps would be completely cross-platform.