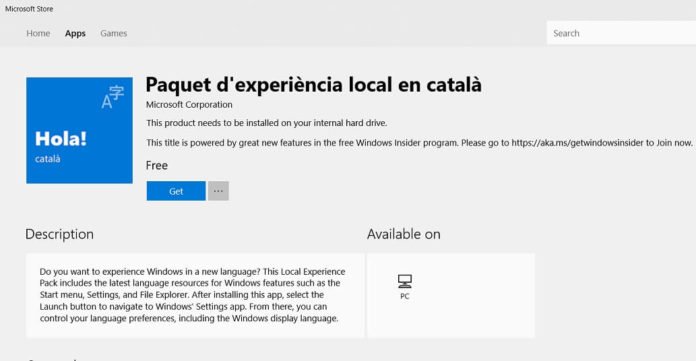 Microsoft earlier this week rolled out Windows 10 Build 17063 with new features and improvements. The preview update improves Microsoft Edge, Settings app and adds a bunch of new features. One of the big change is the localization of Windows.

“Having the Local Experience Packs in the Microsoft Store allows us to take advantage of ML improvements and user feedback via Language Community App to release better translations more frequently. This will consistently improve the experience of our international customers with Windows,” Microsoft’s engineer Dona Sarkar, Windows Insider program chief said.

Windows 10 Build 17074 comes with many other changes, the company has fixed the Spectre and Meltdown vulnerabilities to protect Insiders. It’s worth noting that users are now required to ensure that their PCs are running the latest most up-to-date version of antivirus software, as Microsoft won’t be releasing the important security fixes for devices with incompatible antivirus software.