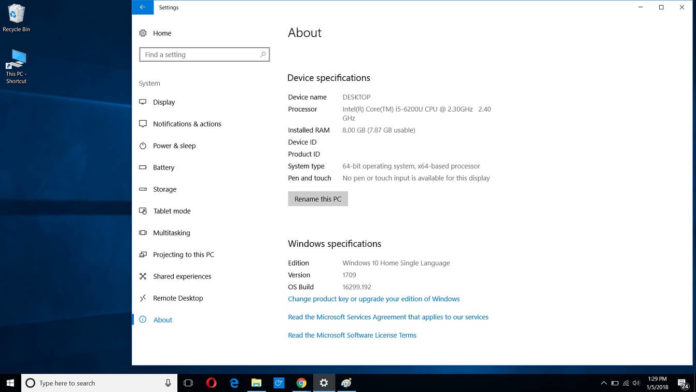 Windows 10 KB4056892 is not installing on your PC? You are not alone. Microsoft yesterday addressed the critical vulnerabilities on devices with Intel, AMD and ARM chipsets in Windows 10 operating system. While the emergency patch was supposed to install on affected PCs without any problem, it appears that the Windows 10 KB4056892 fails to install with error 0x800f0845 on PCs with AMD chipsets.

It also appears that the update keeps breaking computers, with reports claiming that the PCs won’t boot. At the moment we are not aware of any fix for error 0x800f0845 while installing Windows 10 KB4056892 (16299.192). Microsoft is yet to acknowledge the problem.

After attempting to install KB4056892, users on Microsoft Community threads claim that their PCs won’t boot. It’s worth noting that bug is affecting AMD systems only and the company is yet to acknowledge the problem.

It could be possible that Windows 10 KB4056892 might not be compatible with some old AMD chipsets. The systems with the failed installation of KB4056892 (Build 16299.192) won’t boot with the process stuck at Windows logo screen without the loading animation.

We believe that Microsoft is already working on a fix but the software giant needs to hurry up as the installation of this cumulative update is necessary to fix the critical vulnerabilities.

Because of the critical chip bug discovered in Intel, AMD, and ARM hardware, the software giant issued emergency patches for Windows 10, 8.1 and 7 devices. The update protects PCs against the Meltdown and Spectre security bugs and it also comes with some general fixes.