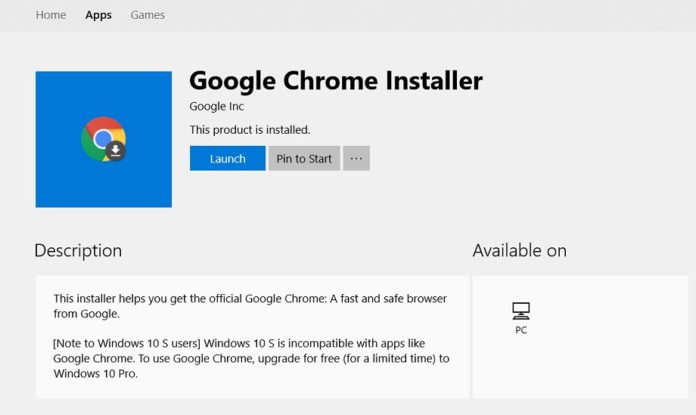 The lack of Google apps for Windows 10 and Windows 10 Mobile is obviously a business decision based upon market share, as most of the users still prefer the Win32 applications over the UWP apps.

While Google has never make any indications it plans to release any native apps for Windows 10, today the company has published a new app called ‘Chrome Installer’ on the Microsoft Store (formerly Windows Store). This app lets you install Google Chrome browser on your Windows 10 PC. 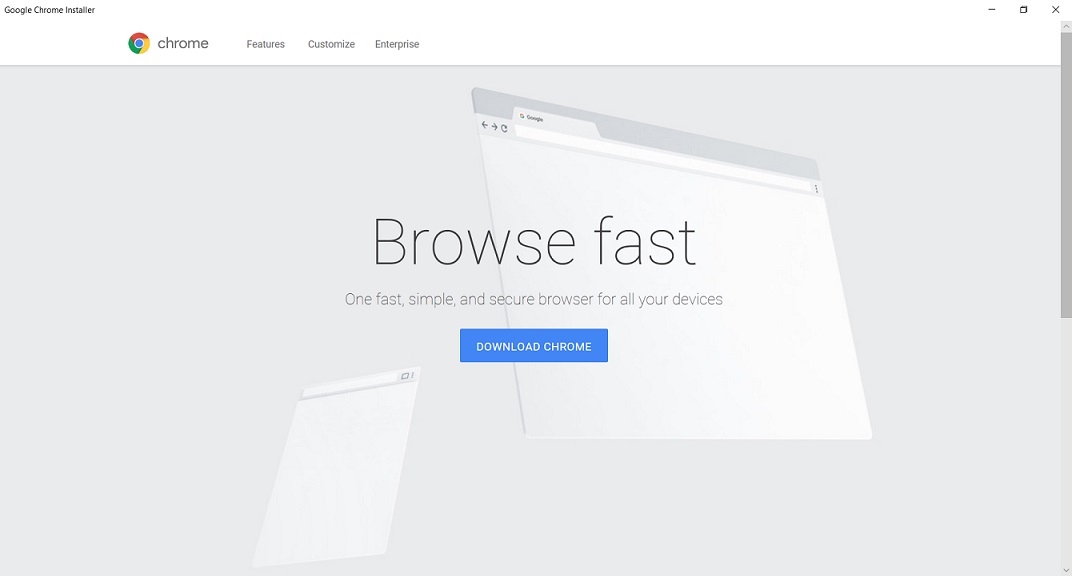 “This installer helps you get the official Google Chrome: A fast and safe browser from Google. Windows 10 S is incompatible with apps like Google Chrome. To use Google Chrome, upgrade for free (for a limited time) to Windows 10 Pro,” the store listing describes.