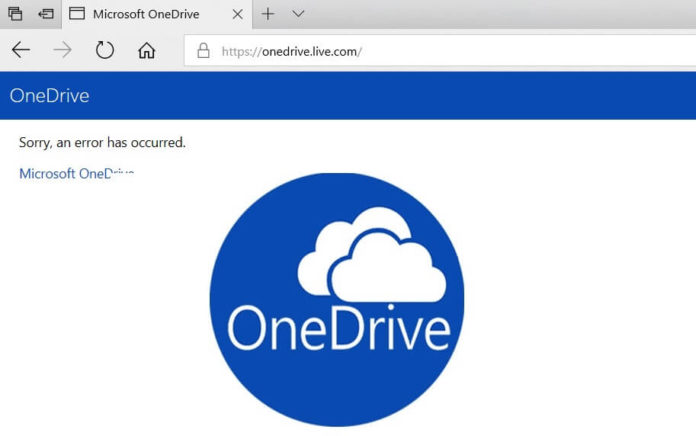 Microsoft’s OneDrive is currently experiencing some server-related issues. OneDrive appears to be down for many people on Sunday afternoon (UTC). Users are getting an error message when they try to open the site.

As of now, the bug is affecting OneDrive users in the US, UK, European countries, India and Mexico. The website that tracks the downtime of Microsoft services revealed that the OneDrive outage is widespread.

Microsoft has acknowledged the bug affecting OneDrive users and the company is actively investigating the reported issues. Microsoft has also confirmed that the next status update will be released at 7:00 PM UTC.

“Users may be unable to access the OneDrive web application located at OneDrive. Affected users may encounter an error which states, “Sorry, an error has occurred”. While we’re focused on remediation, users may be able to access their files using the desktop or mobile clients as alternative methods. We’re analyzing system logs to determine the source of the issue,” confirms Microsoft.

The outage of OneDrive is being actively tracked by independent site Down Detector, where users have reported the issues. Since Microsoft has started restoring access, OneDrive will be back in a couple of hours.