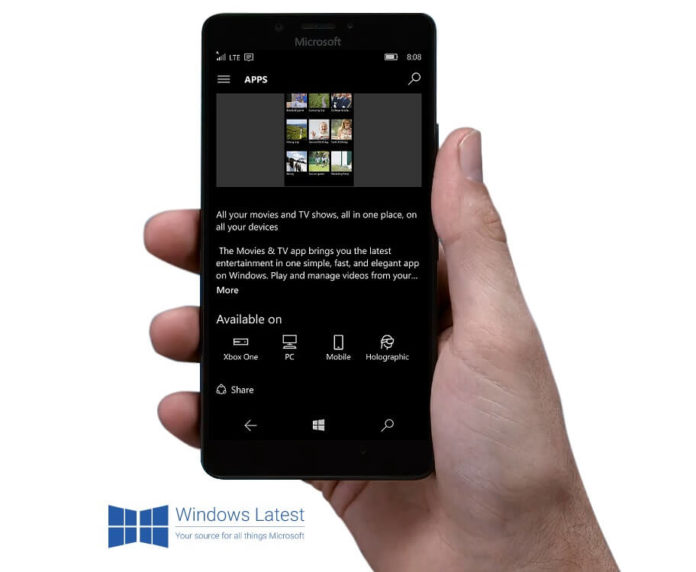 Microsoft today pushed out a new update for its Films and TV app for Windows 10 Mobile and PC. The app has been pushed to new version 10.17102.12311.0. The update comes with some minor new features along with its usual set of bug fixes and performance improvements.

The latest update brings Photos integration to the Films and TV app. Users currently on Windows 10 PC will now be able to watch videos in slow motion along with giving a name to the photos.  There is also a new menu in video playback which helps users to connect automatically to the Photos application.

The above features are currently available only for Windows 10 PC and should be made available to Windows 10 Mobile users very soon. Apart from the above users will also now be able to cut the video during playback along with save photos from the video.

You can also view the video in the Microsoft Photos app due to the integration between the Photos and Films and TV app. The update also comes with the usual bug fixes and performance improvements to the application.

The update is currently available only for users in the Fast Ring and should be rolled out to all users sooner than later. You can download the latest Films and TV app update by clicking the below Store link.