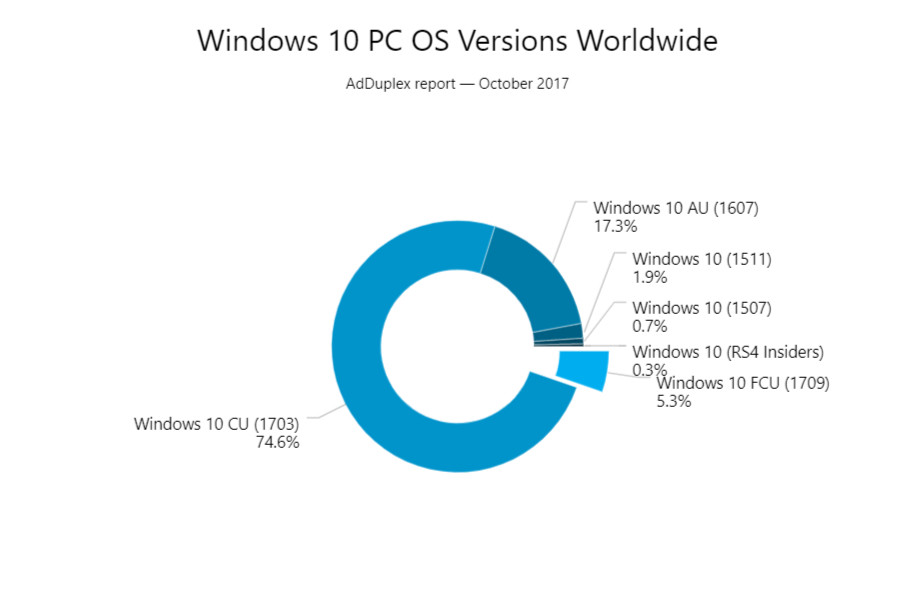 On the other hand, Windows 10 Creators Update which was released in April is running on over 74.6% of PCs while 17.3 of PCs are still powered by Windows 10 Anniversary Update.

The Fall Creators Update for Windows 10 brings a lot of new features and improvements, it is also the most secure version of Windows. One of the interesting features introduced with the new Windows 10 update is the anti-ransomware feature that lets you protect your folders and files against the ransomware attacks, the feature basically stops the malware from encrypting your data.