Microsoft today released a new update for the Photos app on the Microsoft Store. The update added new changes to the application. Surprisingly, after installing the update, you will notice that now Microsoft wants you to have the Office 365 subscription in order to access all the Story Remix 3D effect while the company will continue to offer some selected 3D effects for free to all users.

Windows 10 Fall Creators Update for PC is set to bring the long-promised Story Remix feature to the operating system. The Microsoft Photos app will have the Story Remix and one of the best thing in the Story Remix is the ability to add 3D effects to the stories, it appears that to access all the 3D effects, you will need to pay. 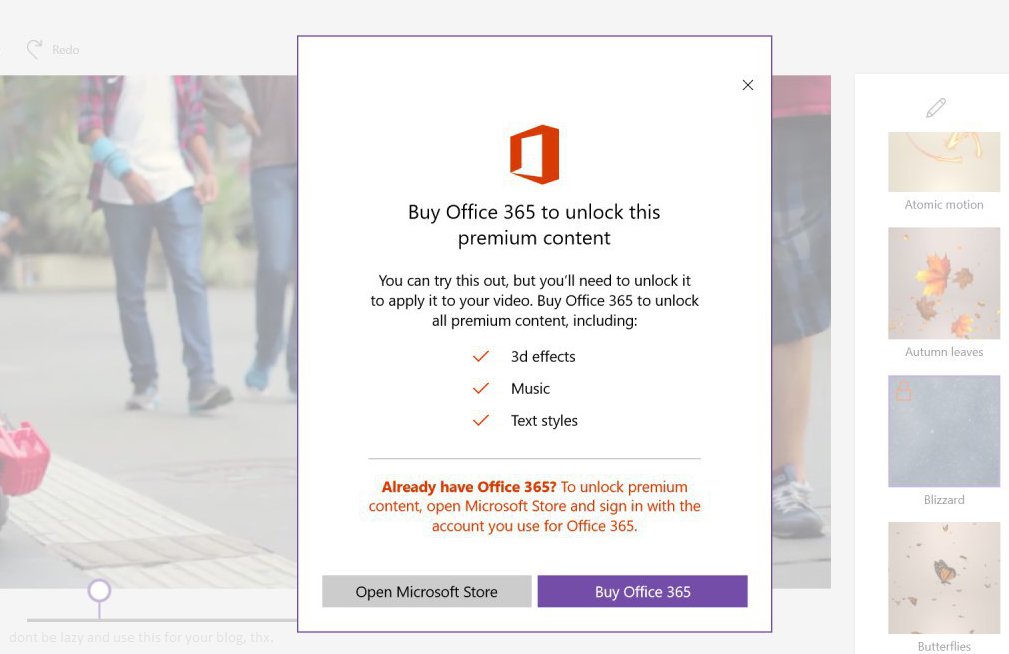 Eventually, this will lead to full monetization of Windows 10 operating system. You will need to pay for a service and use some features, this apparently adds a value to the Office 365 subscriptions, now you have one more reason to buy the subscription. When you’ll open the Microsoft Photos app, a pop-up message will ask to buy Office 365 to unlock the premium contents; 3D effects, music and text styles.

Windows 10’s Story Remix feature allow users to merge photos and videos to tell your own story. It uses Microsoft Graph and deep learning technology to transform your photos and videos into a story, cinematic spectacle with 3D effects, soundtracks and more.