Microsoft rolled out the Fall Creators Update to Windows 10 PCs and Tablets in April and it seems that a lot of users have still have not upgraded their machines. Largest cross-promotion network for Windows apps, AdDuplex has published a new report revealing the market share of Windows 10 versions. 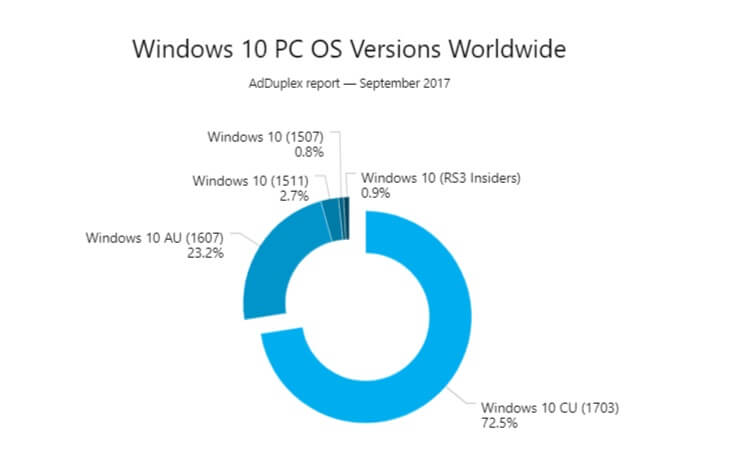