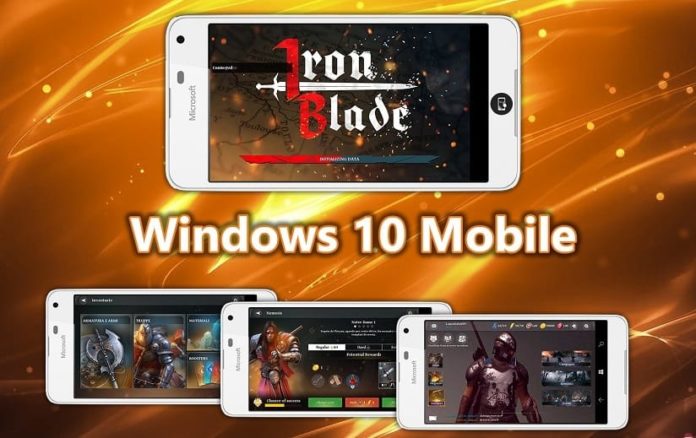 Gameloft is one of the popular game company that is still supporting Microsoft’s mobile platform. Earlier this year, the Gameloft announced ‘Iron Blade – Medieval Legends RPG’ for Windows 10 PCs and Tablet. However, at that time, Iron Blade wasn’t available for Windows 10 Mobile.

The story is based on ancient prophecies days, in the story, the Demon Lord Baal is set to return for his second attempt to claim this world. The templars need a hero and you will join the millions of other players in a glorious quest of salvation for the entire mankind or pass eternity in the depths of Hell.

Here are some key features of Iron Blade for Windows 10 Mobile: