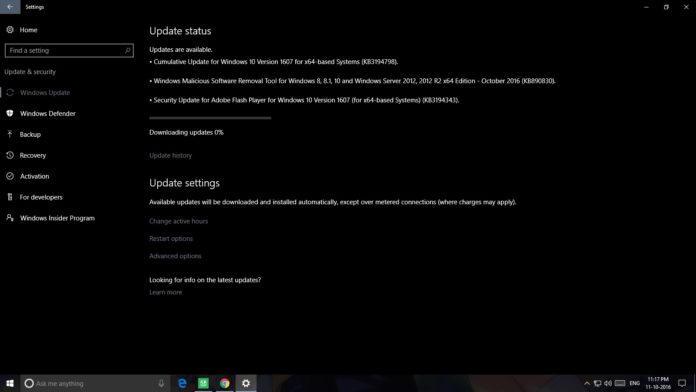 Another patch Tuesday and Microsoft has pushed out another cumulative update for Windows 10. The update is a small one and bumps up the OS version to 14393.321 and is available for both PC and mobile users on production and release preview rings.

The update will show up as KB3194798 for PC users and as a cumulative update for mobile users. Go to settings>update & security>updates>check for updates to manually start the download.