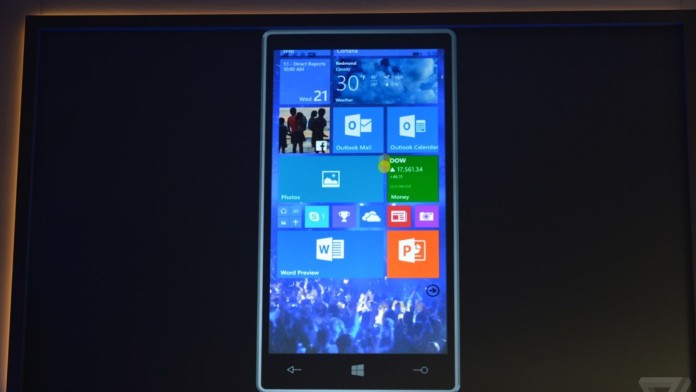 Microsoft recently delayed the release of Windows 10 Mobile, but the company is slowly preparing to roll out the highly-anticipated update. Vodafone, which continues to be one of the popular carriers in the UK, has also announced that they are committed to Windows 10 Mobile update rollout.

The release date of the update, however, remains in the hand of Microsoft. The delay seems to be finally getting over as Microsoft recently started to seed the Windows 10 Mobile upgrade in at least one region.

It appears that Vodafone UK has already tested the Windows 10 Mobile software upgrade for Lumia 640, Lumia 640 XL, Lumia 735 and Lumia 930 devices. However, Vodafone UK could be waiting for the final call from the Redmond giant.

According to a report, Vodafone UK is prepared with its Windows 10 Mobile software upgrade, but they are still waiting for Microsoft to officially launch the update.

In related news, some users recently noticed that the Microsoft Lumia 630, released back in 2014, has been removed from the list of eligible devices. It’s also unclear whether this is an error or it only applies to the Lumia 630 Vodafone variant.

For those uninitiated, all handsets running Windows Phone 8.1 with 4GB of internal storage are eligible to receive the software update that brings a new experience.

It’s also important to note that Windows 10 Mobile is already available with Lumia 950, the Lumia 950 XL, and the Lumia 550.

Windows 10 Mobile is a big update to Microsoft’s mobile platform as it introduces a new range of features, including Continuum and redesigned settings. It also brings Universal Windows Apps to Windows Phones and some enhancements to the user interface.

Microsoft is also working on a new app called ‘Upgrade Advisor’ for Windows Phone 8.1. As per reports, this app will scan the device for compatibility problems and inform handset owners whether their smartphone is eligible to receive the software upgrade.