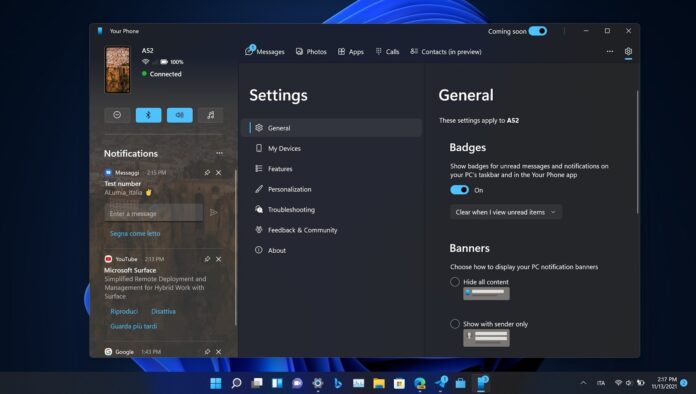 Microsoft is testing a couple of new features for two Windows 11 apps – Phone Link and Windows Media Player. Phone Link (originally called Your Phone) is getting a new search bar for the messages tab, while Windows Media Player has been updated for everyone with better performance for devices that have large media collections. 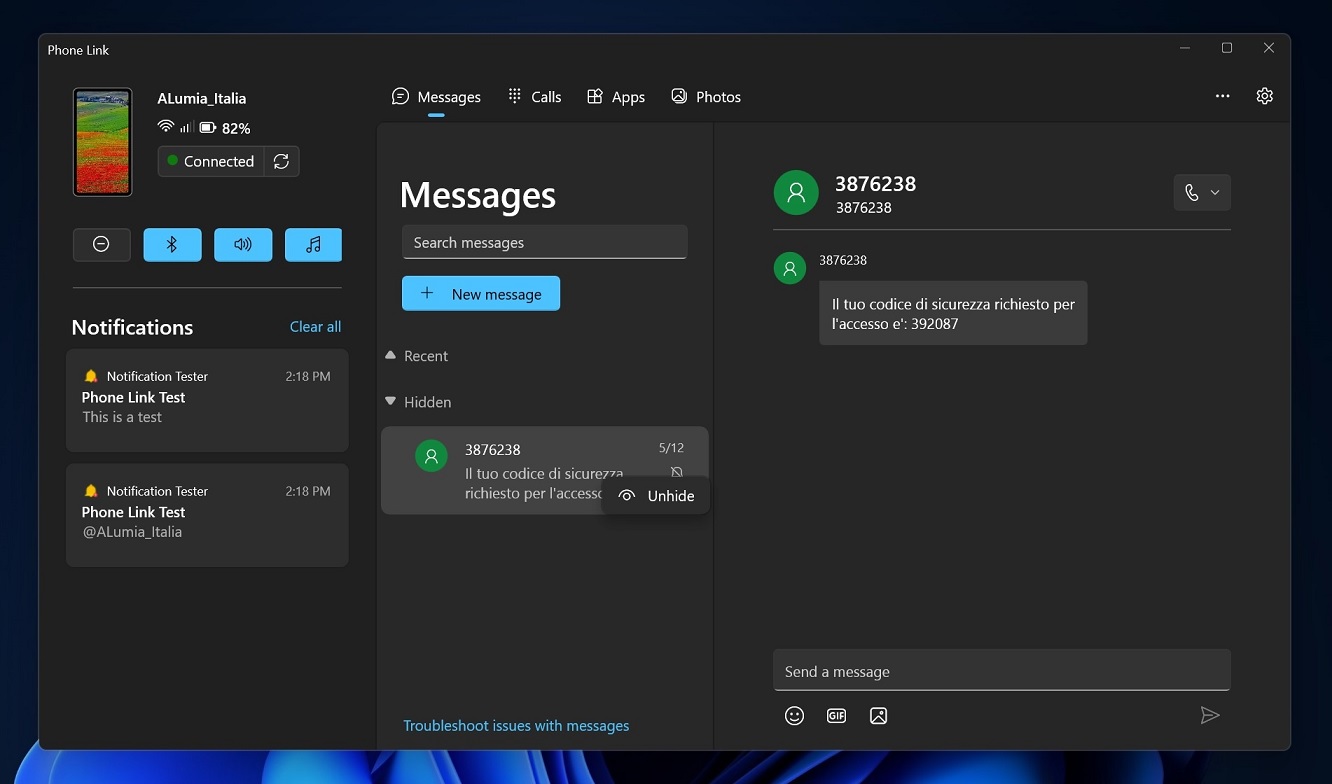 As you can see in the above screenshot, the search bar will appear right above the list of messages. You can only search messages that have been synced to Windows 11. In addition to a new search bar, you can also categorize messages into two sections: received recently and hidden.

Microsoft is also increasing the spacing between the notifications tiles in the app in a bid to reduce confusion and clutter. The new option “clear all” lets you dismiss all notifications.

Windows Media Player is getting better

Microsoft is also rolling out a new version 11.2205 of Windows Media Player for Windows 11 in the Dev Channel. This update promises faster performance for users with a huge media collection. Likewise, it is now possible to sort songs and albums in your collection by date added.

The updated albums page in Windows Media Player lets you sort the songs based on the date they were added. Earlier this year, Microsoft added another nifty feature to Media Player – support for CD playback. 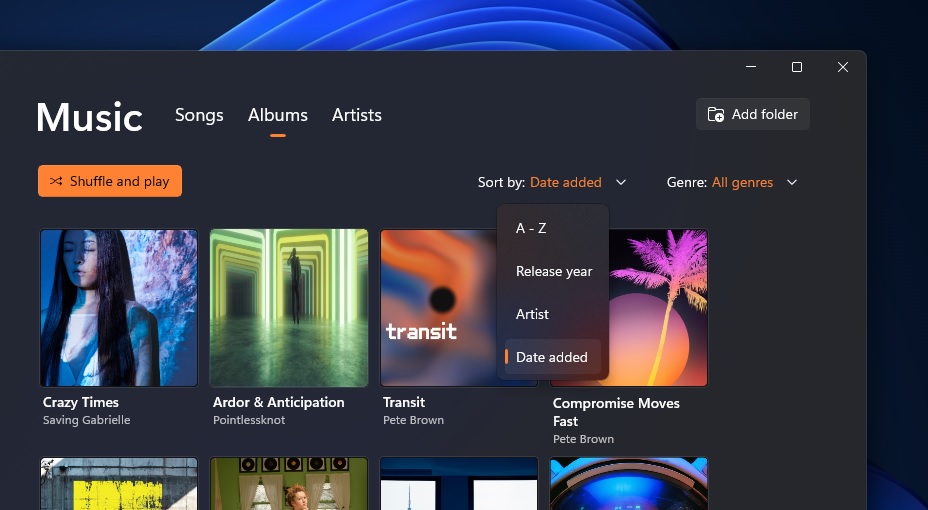 The company has also made changes to Media Player’s theme and improvements to the app’s overall ability to drag and drop content. These updates are available to everyone in the Windows Insiders Program and they will begin rolling out to the general public.