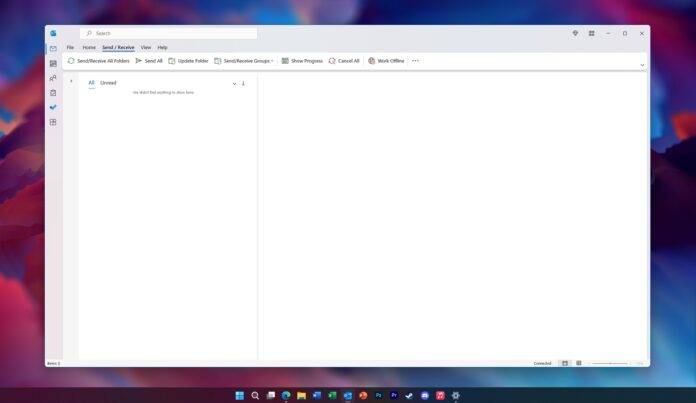 Microsoft successfully solved the web browser issues on Windows by migrating EdgeHTML-based Edge to the Chromium engine. The company is now employing a similar strategy for the Outlook app and it has started rolling out the new email client for both Windows 11 and Windows 10 via Office Insider channels.

For those unaware, Windows currently supports two desktop email clients – the UWP-based Mail app that comes pre-installed and the Outlook Win32 that’s bundled with the Microsoft Office productivity suite. It’s not a secret that Microsoft is struggling to maintain two versions of Outlook for Windows and other platforms.

The UWP version, for example, is lacking too many features as compared to the full version of the email client. According to sources, Microsoft has already moved the UWP Mail app to maintenance mode, which means users shouldn’t expect any improvements to the old app now.

Hands on with new email client for Windows 11

Outlook’s new app for Windows 11 is apparently based on Chromium-based Edge WebView and it’s a web wrapper. However, Outlook is a very well designed web app and the majority won’t even notice that it’s a web app.

It comes with all features you’d expect from a modern app, including the ability to locate documents with @files and @documents. This is similar to the existing feature that lets you @mention someone to add them to an e-mail message.

There’s another new feature that would remind you when you miss a message and Outlook considers it important. 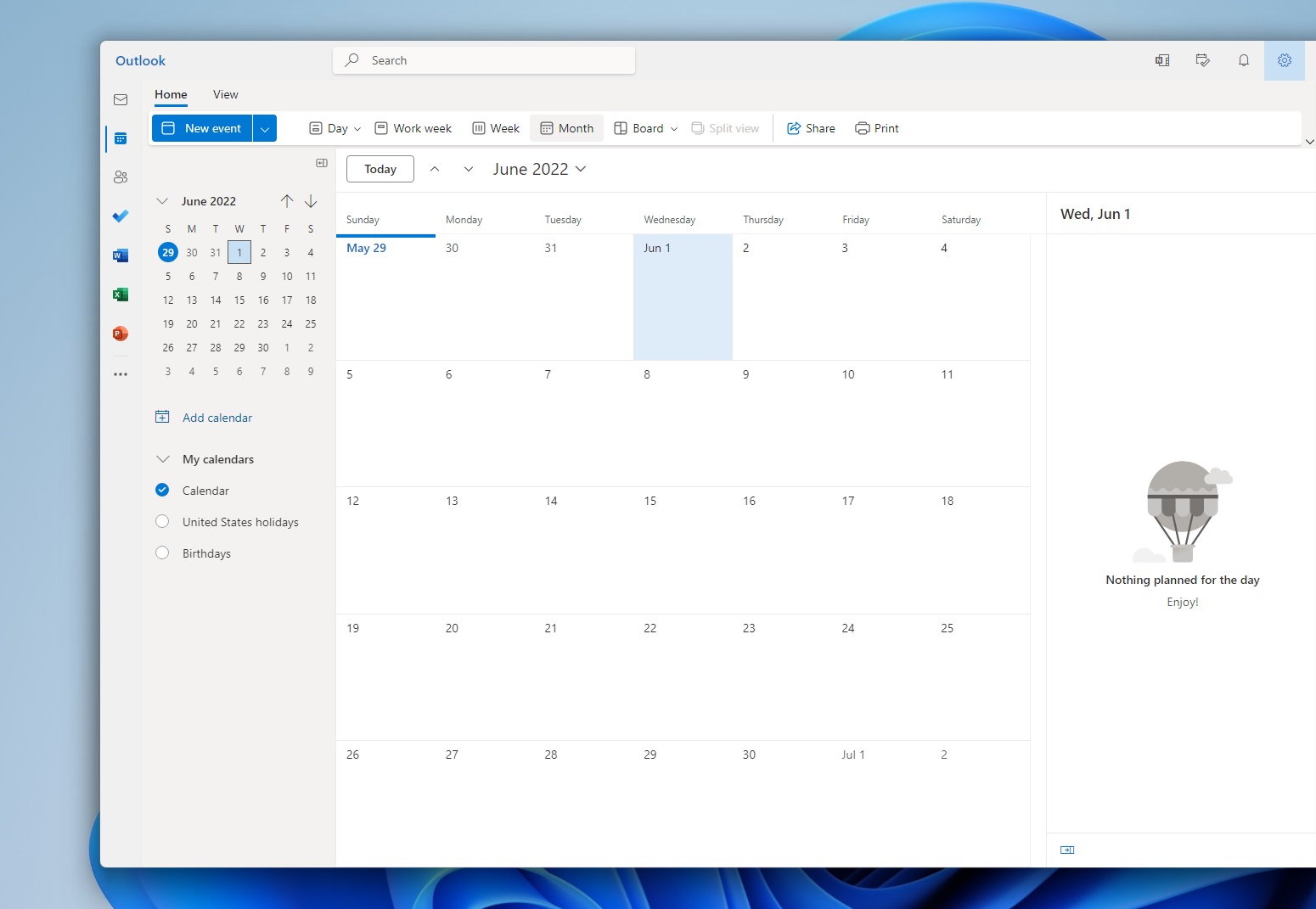 It also comes with built-in Calendar integration, which means you no longer need to maintain a separate Calendar app. The interface allows you to organize your most important stuff and manage it all in one view. 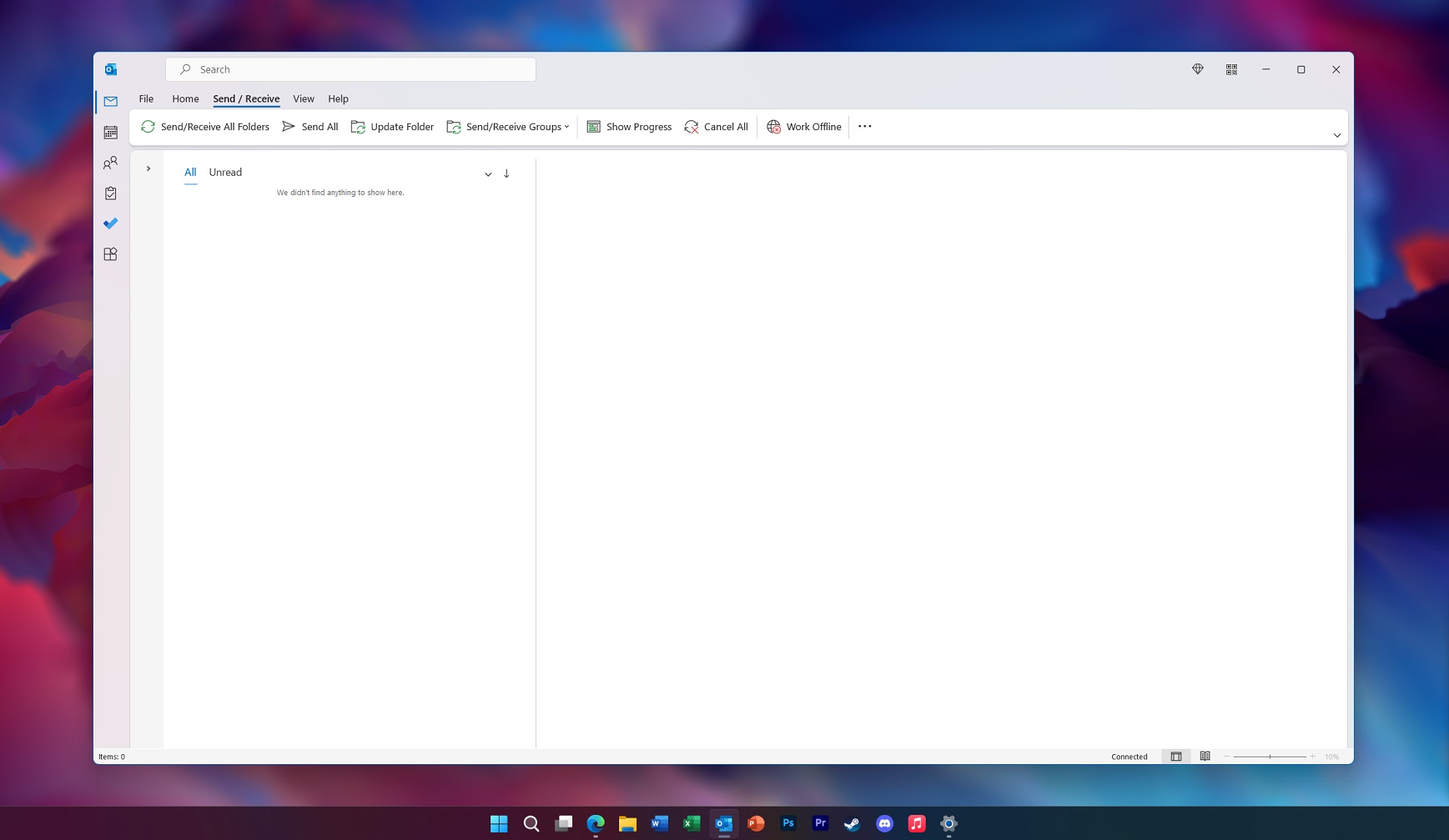 Interestingly, Microsoft also appears to be working on Mica material for Outlook. As you can see in the above screenshot, Mica works after modifying the Windows Registry for Outlook.

In addition to a new design, Microsoft is also adding “My Day” integration that lets you stay in the flow of your work while helping you stay connected to important topics. You can easily drag and drop messages as tasks to your To-Do or better manage your tasks in the calendar.

It is worth noting that additional UI improvements for the Mail app are still expected later this year and new features will be added via server-side updates. For now, the focus has switched to the design and accessibility features of this new app based on Outlook on the web.