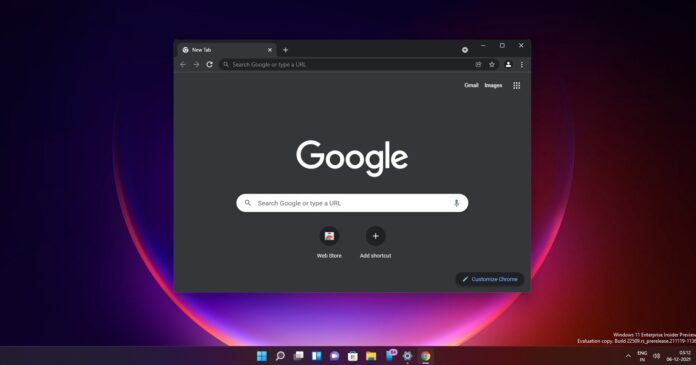 For those unfamiliar, Windows 11 requires users to configure default web browsers for all web protocols and files manually. While you can still make Chrome the default browser on Windows 11, you’ll have to go into Settings and change the default value for all web formats.

This includes HTTP, HTTPS, and more. In other words, Windows 11 made the simple process complicated and Microsoft justified the move by saying the new settings page allows for more granular control.

Following the backlash, Microsoft decided to restore the Windows 10-like behaviour and reversed this unpopular decision in preview builds. With KB5011563, which is an optional update for the production channel, Microsoft has now removed the controversial granular controls for everyone. 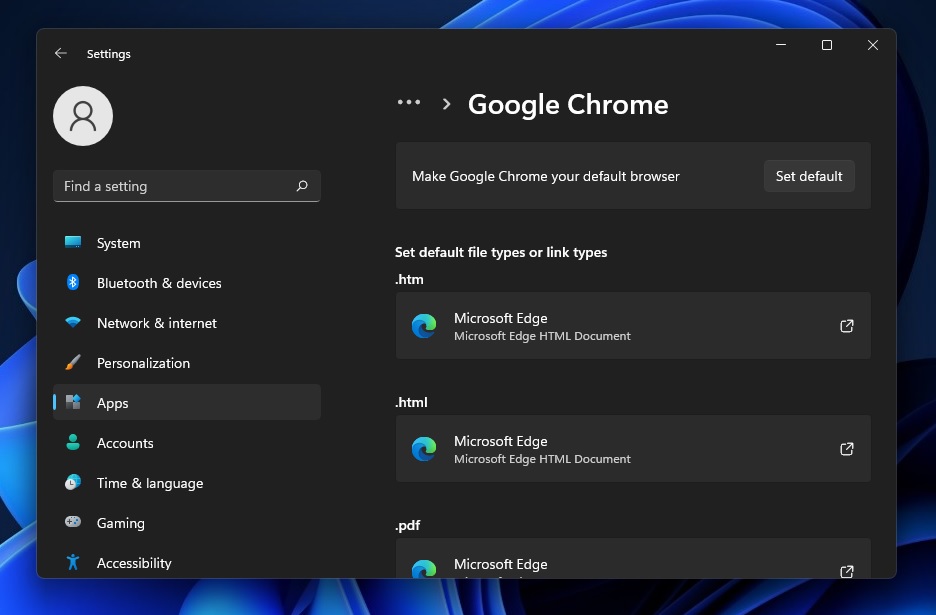 As you can see in the above screenshot, Windows 11 finally lets you easily change the default web browser. Like Windows 10, you can change Windows 11 operating system’s default browser with a simple single click.

In a statement, a Microsoft official confirmed the company streamlined the default browser settings in the latest builds, so you can easily set ‘default browser’ to apps that use web formats like HTTP:, HTTPS:, .HTM, and .HTML.

Remember that the ‘set default’ option applies to web protocols only and it won’t change your PDF reader.

Default browser changes will be included in April 2022 Patch

Microsoft is currently testing this new scheme with the optional update, but unless the company discovers a last-minute bug, the change should become to everyone with a mandatory security update in April.

As others have pointed out, Microsoft’s justification wasn’t believable at all. Clearly, the move to make the process complicated was a way of making sure Edge remains the default browser on Windows 11. However, Google is guilty of being engaged in very similar tactics too.

Google is also taking serious aim at Microsoft’s respective user base in the browser wars, with the company adding advertisements to services like Search and Gmail to try to persuade Microsoft Edge users to join the Google side.

Google’s last effort to shame Microsoft Edge and push Chrome involved an advertisement for Chrome in Gmail security alert messages when the service was accessed from Edge.

For example, if you sign in to your Google account, you will get a security email highlighting the login attempt. In the same email, Google’s alert tries to persuade Microsoft Edge that they should be browsing with Chrome for added security.