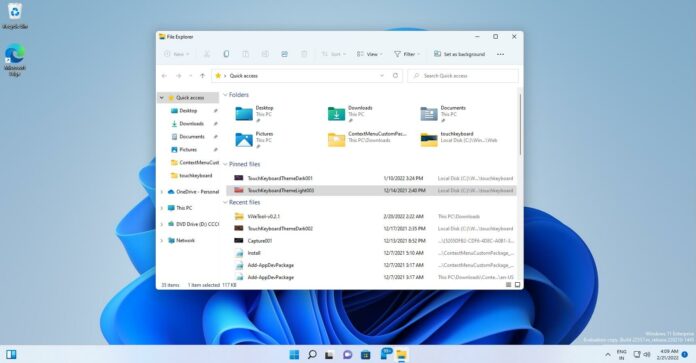 In many ways, Windows 11 is a great-looking operating system, but the new design overhaul comes at the cost of functionalities. Out of the box, there is a lot to complain about Windows 11, especially if you’re a power user and you rely on features like taskbar drag and drop or folder previews in File Explorer.

Microsoft recently shipped Windows 11 Build 22557 to testers in the Dev Channel and one of the biggest changes is the ability to drag and drop files like images or text onto an app in the taskbar to open files in the highlighted app. For example, you can drag and drop images in Outlook by simply dragging the statement to the Outlook icon.

In addition to the taskbar improvements, Microsoft is also restoring support for “folder previews” in File Explorer. Folder previews is a handy feature available in all previous versions of Windows and it is something that many people use every day, so the fact that it was removed with Windows 11 angered a lot of users. 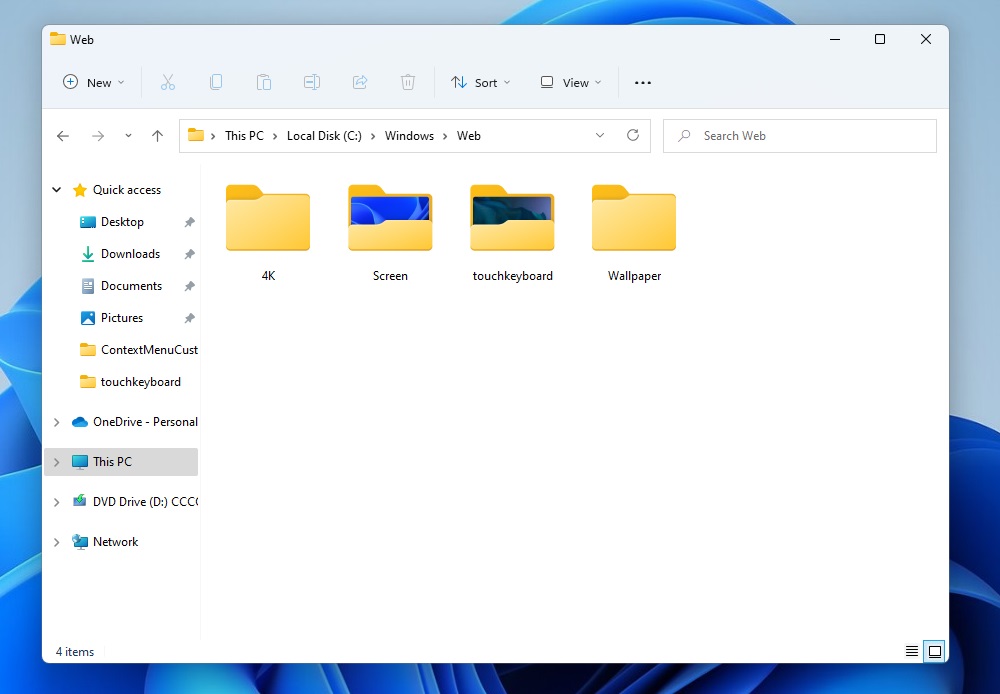 Starting with Windows 11 Build 22557, it is now possible to preview files of folders in Explorer without opening the folder.

If you want to try Windows 11’s upcoming feature, install the preview build in a virtual machine, and navigate to a directory in File Explorer that has folders containing media like images or documents you’d like to preview.

As shown in the above screenshot, you will instantly see a folder preview thumbnail if the media content has been indexed by Windows. 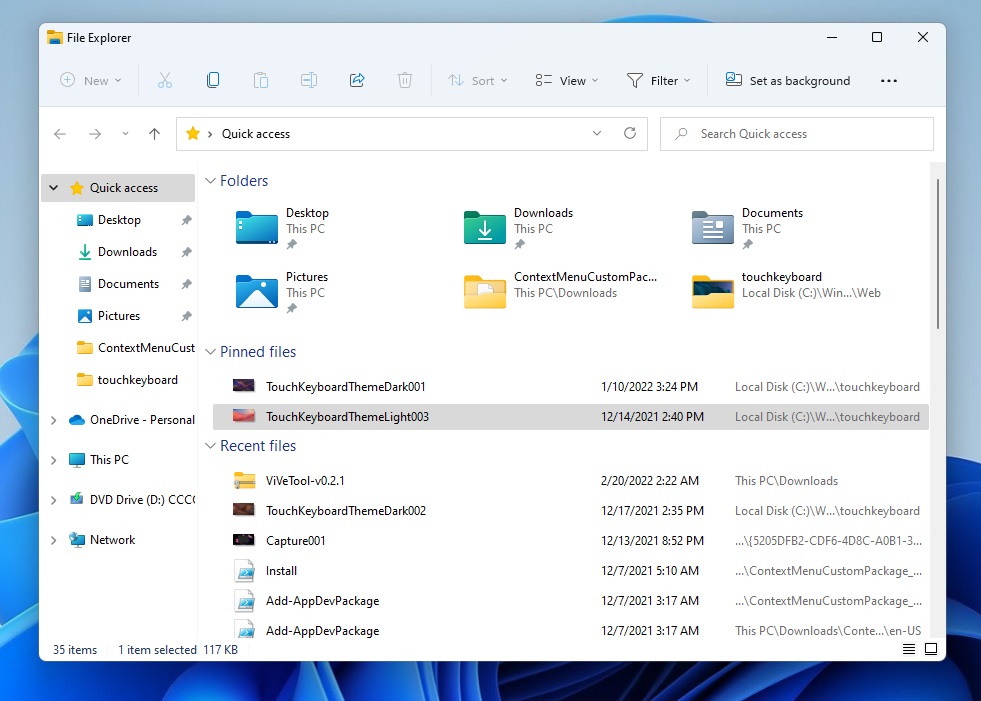 Microsoft has created a new section above recent files to highlight pinned files.

File Explorer will also sync pinned and recent files from Office.com if your Microsoft account is connected to the device. This includes OneDrive, SharePoint, and Teams.

It will be synced in real-time, so if you pin or unpin Office.com files in Quick Access, it will be reflected in Office.com and Office apps as well.

Microsoft is testing a feature called “Outlook Desktop Integration” that would allow you to share a local file to Outlook and compose an email directly from the File Explorer. The email compose box and attachment will appear within the share window of Explorer, so you can easily send emails from Explorer. 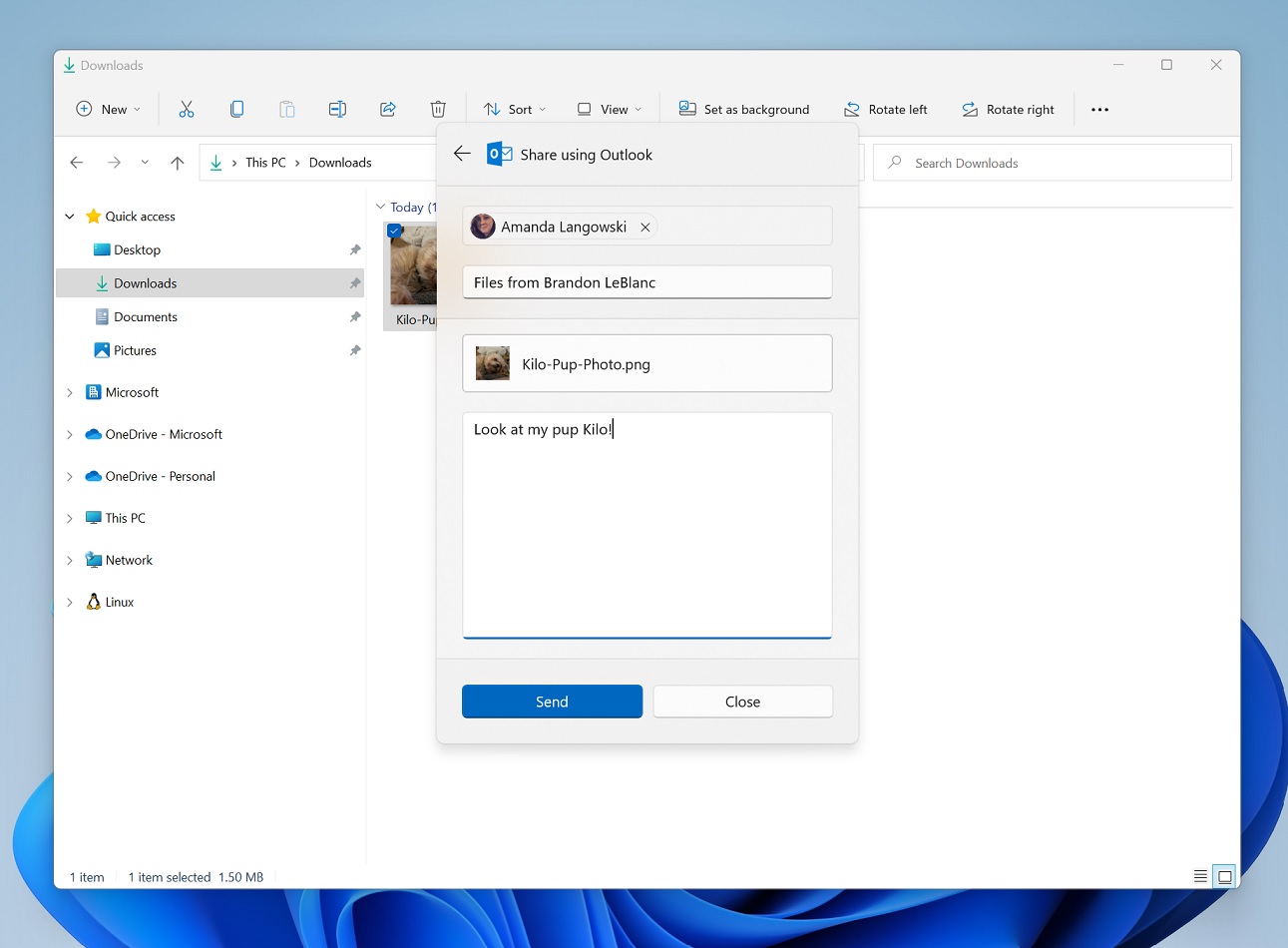 At the moment, File Explorer’s Outlook integration works for local files only and it is not possible to share files stored in OneDrive folders.

Additionally, Windows 11’s share window also includes support for contacts from Microsoft 365 and the list is synced automatically, making it easier to share the file via Outlook for Explorer.

Microsoft is making it easier to manage OneDrive directly from File Explorer. As shown in the below screenshot, you can browse your OneDrive folders, watch sync status and quota usage within the Explorer window. 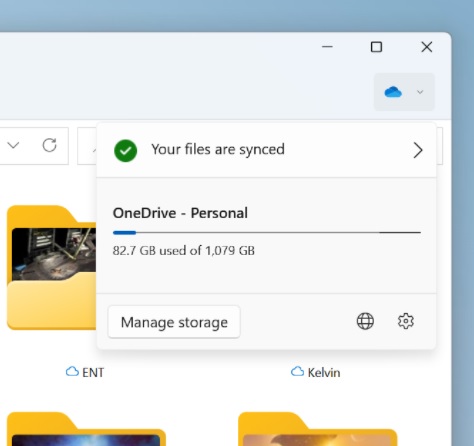 The storage is now shown in File Explorer without even opening OneDrive folders.

These changes are currently available to testers only. The general public will be getting new File Explorer features with Windows 11 Sun Valley 2, which is set to begin rolling out in the fall of this year.