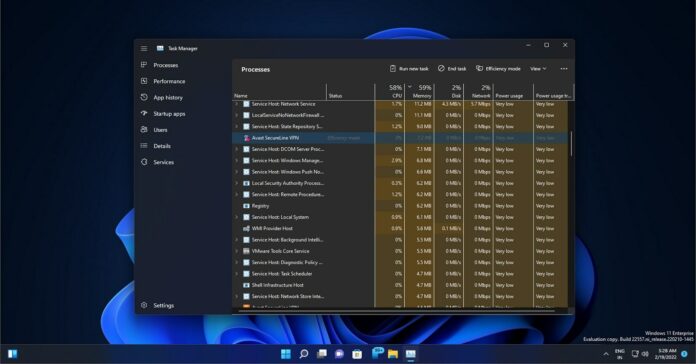 Microsoft has been working on a number of nifty features to make Windows 11 a better alternative to other operating systems. As part of Sun Valley 2, otherwise known as version 22H2, Microsoft will be introducing a new Task Manager feature to suspend apps that are using too many system resources.

This functionality is called “Efficiency mode” or “Eco mode” and it can combat battery drain with laptops. At the same time, it will also improve overall performance by suspending resources usage of processes selected by the user manually. This can be done by highlighting a particular process in Task Manager, and then selecting “Efficiency mode”.

Right now, when you launch Task Manager – it gives you an overview of activities and processes. It allows you to monitor CPU, memory, disk, and network usage for running processes.

If an app or process is slowing down the system, you will probably right-click on the entry and select “End task” to close the process. As part of its effort to simplify resources management, Microsoft is introducing support for Efficiency mode” or “Eco mode to limit a process’ consumption so that the system gives priority to other apps.

The difference between “End task” and Efficiency mode

Unlike the “End task” option, which kills the process instantly, Windows 11’s new Efficiency mode reduces the priority of the process to ‘low’, but it doesn’t kill the process. 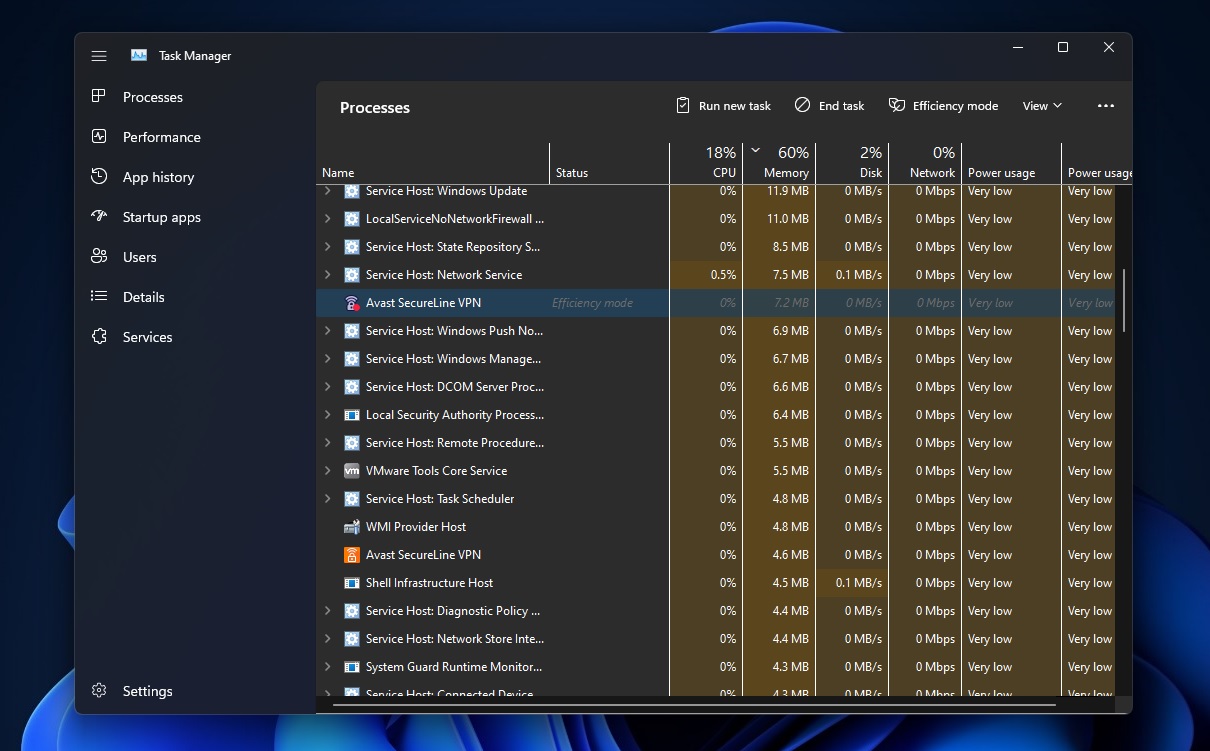 When the priority is set to low, the rest of the apps will be getting access to the system resources and Microsoft’s new technology ensures that the process is executed in the most efficient manner.

Microsoft has been testing the Efficiency mode for a year now and it has observed up to four times performance improvements (76% reduction in resources usage) on CPU-intensive systems. This resulted in better UI responsiveness and it also improved the speed of the Task Manager itself.

If used properly, Efficiency mode could benefit all types of apps. In one case whereby the Eco mode was applied to the CPU-intensive processes, apps like Microsoft Word launched two times faster and other apps like Edge saw considerable benefits too.

Efficiency mode could be a big deal for some configurations and it also promises better battery backup for laptops which is obviously more than welcome.

By default, Eco mode is applied to Microsoft Edge or Chrome as both browsers have support for lowering base priority using power efficiency APIs. For the rest of the apps, you need to trigger the mode manually.

This feature is currently live in Windows 11 Build 22557 and it will be rolling out to the general public later this year.