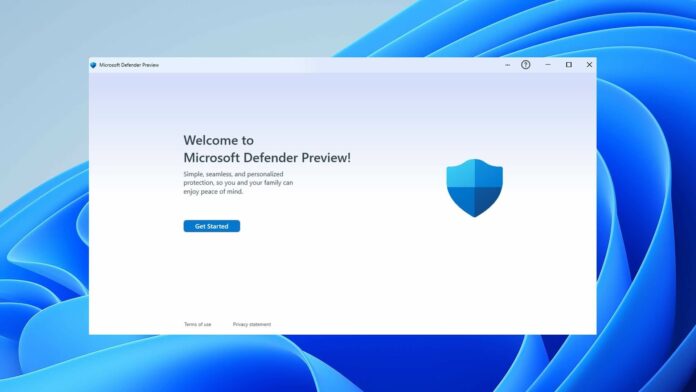 Windows 11/10 already comes with a Windows Security app that allows anyone to view the status of the security service and turn on/off security features like firewall settings and protection from unwanted programs.

On the other hand, “Microsoft Defender”, which is based on WinUI and Fluent Design, features a simple interface and aims to provide “seamless, personalized protection” for all connected accounts. By the looks of things, Microsoft Defender preview could be a security dashboard for your devices.

The official store description and materials within the .msixbundle of the app suggest that it won’t be limited to Windows 11. In the .msix file of Microsoft Defender, we’ve spotted icons of Android phones, iPhone, and Mac, which suggests that the new app will let users view the status of connected operating systems including iOS/macOS and Android.

Microsoft Defender may not replace the existing Windows Security app, which allows users to modify the security settings of Windows.

A security hub for Windows 11?

We’ve reached a point where our devices and ecosystems are connected. There may be plenty of good reasons for Microsoft to add an optional security dashboard to Windows 11, especially when many users are working from home and they can open emails with targeted phishing messages on their phones.

Microsoft’s store listing has pointed out a “family” focus, so it’s possible that Microsoft Defender will be offered for free on Android and other devices or it could be part of the existing ATP offering for Android and iOS.

At the same, the service could be limited to your Microsoft 365 account as signing in with a normal personal Microsoft account doesn’t work at the moment.

It’s worth noting that the above information is based on the leaked Microsoft Defender app and we can’t be certain about any of this, as it’s all rumours and educated guesswork.

Microsoft has yet to officially announce its new security hub for Windows and more details could be shared later this year.

In addition to the Windows security hub, Microsoft is also working on a new media player and Paint app for Windows 11.