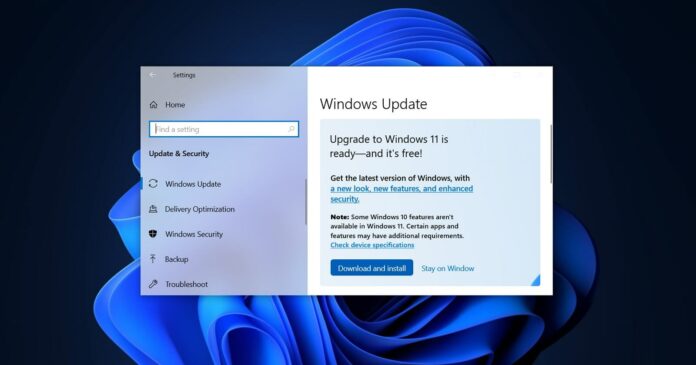 Microsoft has finally started rolling out Windows 11 to more PCs. Our testing and Microsoft’s statement indicate that the company has started pushing Windows 11 to devices that meet the minimum hardware requirements after testing it with a subset of users for a while.

Multiple readers have confirmed to us that the wider rollout of Windows 11 has begun and users must meet the minimum hardware requirements to qualify for this. However, it appears some users won’t be able to download Windows 11 right away despite meeting the minimum requirements.

Earlier this week, Windows 11 also appeared on one of our devices with Intel i7-9750H (TPM 2.0 and Secure Boot). Likewise, we’re also seeing the optional upgrade in virtual machines running Windows 10 version 21H1 and version 21H2. So far, we haven’t received the update on devices running version 2004 of the OS.

Talking about Windows 11 itself, it is a new version of Windows with a modern design and a few new features, such as Windows Subsystem for Android and improved inbox apps. It also has a better answer for the Chromebook by allowing users to quickly download and sideload Android apps.

Windows 11 is now rolling out widely

Microsoft started testing Windows 11 in July and some users received the upgrade on October 5, although the operating system was never rolled out widely beyond a small group of the supported flagship devices.

In a message posted in its admin center, the software giant explained that Windows 11 will now be offered to more users when they check for updates. Microsoft noted that the availability of Windows 11 has been increased and rollout is based on the latest version of the company’s machine learning model.

“We recommend that you upgrade your devices to Windows 11 to take advantage of the latest features and advanced protection from security threats,” Microsoft said.

Microsoft is confident that its machine learning-based rollout will allow for a greater number of devices to be safely upgraded to Windows 11. Microsoft is recommending users to download and install Windows 11 for security features, and the company will continue to provide monthly updates to ensure a smooth upgrade experience.

If you are using Windows 10, you can follow these steps to check the compatibility status with Windows 11: 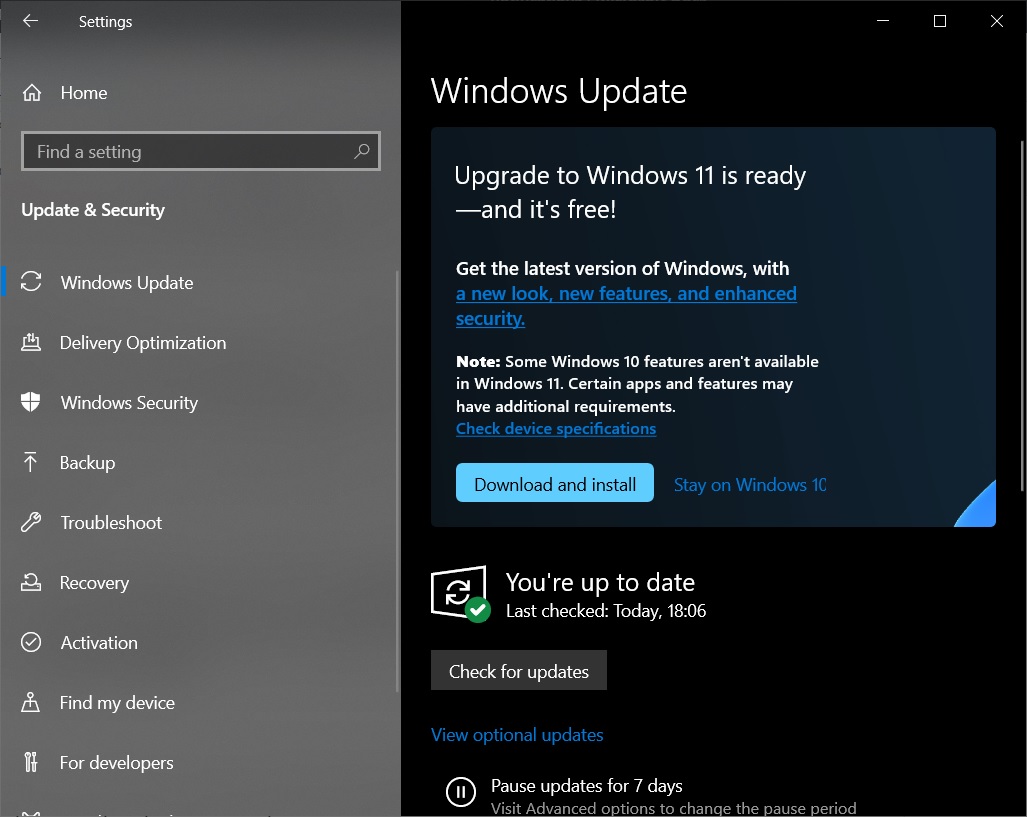 If the upgrade is ready for your device, you will see the option to download and install, as shown in the above screenshot.

As we noted, the main push will be for devices meeting minimum requirements which includes TPM 2.0 and Secure Boot. If you really want to install Windows 11 today, you needn’t wait – you can try downloading ISO images of Windows 11 and manually install it using Media Creation Tool or Update Assistant.