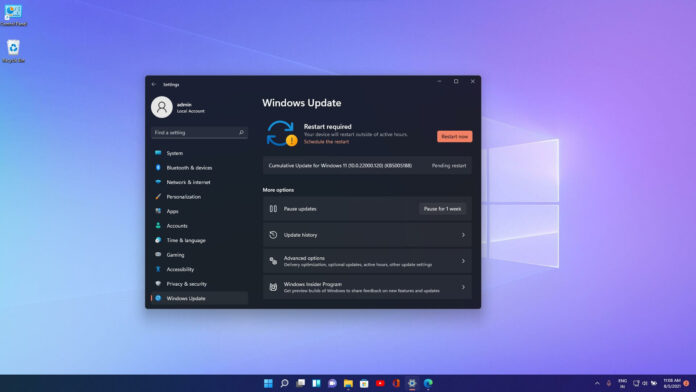 Windows 11 is now rolling out in stages and it can be officially installed on supported hardware. Windows 11 is offered as a free upgrade for Windows 10 devices, but unsupported devices may not be eligible for future cumulative updates, according to a statement from Microsoft.

Despite the warning, it’s pretty clear that most Windows 10 devices should have no problem handling Windows 11. That’s because Windows 11 is essentially based on Windows 10, and the new operating system is all about design improvements. However, Microsoft is forcing strict hardware requirements to offer absolute best security experience.

In a new video, Microsoft highlighted the importance of security features required on Windows 11. Windows 11 has been designed with a strong focus on security, according to Microsoft.

The officials further explained that they want to set a standard for PC security with Windows 11 and older devices are not being supported because they lack all these security features.

It’s worth noting that TPM or Secure Boot are also available on Windows 10, but they’re now being enforced to ensure a secure experience for Windows 11 users.

If you’re not familiar with TPMs, these are physical or virtual chips to protect encryption keys, user credentials, and other sensitive data.

“With Windows 11, we’re requiring TPM 2.0 on new installs by default. Most computers built over the last five years,” Microsoft said.

Before setting strict requirements, Microsoft conducted tests on old hardware to determine compatibility with security features like TPM. Based on those, Microsoft concluded \ that it is important to run Windows 11 on new or supported devices.

Unsupported PCs can experience 52% more blue screens than those that meet the requirements. On newer devices, blue screen errors have been reduced using modern driver update management and modern drivers issued by OEMs, which are not available on older devices.