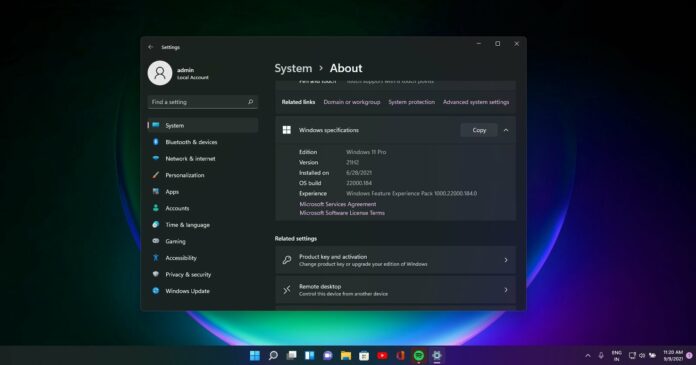 The next generation of Windows is expected to launch on October 5 and Microsoft has been trying to improve the overall experience by addressing the remaining bugs with cumulative updates.

Microsoft has now published “2021-09 Cumulative Update for Windows 11 for x64-based Systems (KB5005642)” for testers in the Beta Channel. This cumulative update is also available for unsupported hardware in the Dev Channel, and it comes with two bug fixes only.

Windows 11 KB5005642 is part of the company’s plan to refine and hone the operating system update before it’s released to the general computing public on October 5. As we’ve already seen, Windows 11 is a massive update with a redesigned Start Menu and a new notification center.

These regular bug fixes indicate that the update is progressing on track and it’s probably going to be ready for primary devices in the first half of October 2021.

Windows 11 is shipping with several limitations

At this point, it’s also clear that Windows 11 will ship with all taskbar limitations that we highlighted in our previous articles. For example, Windows 11 can no longer display seconds on the taskbar, and Calendar flyout from the taskbar no longer supports events integration.

Windows 11 has several other limitations too and there’s no shortage of complaints on Feedback Hub. Microsoft has also disabled basic functionalities like the ability to drag and drop files icons onto the taskbar to open them in pinned app icons.

Windows 11 will begin rolling out in a few weeks and things are unlikely to change until the next big codenamed “22H2” which is scheduled for October 2022.

As always, you can use third-party apps to restore the classic taskbar experience or you can keep using Windows 10.

Once complete, click on the “Restart now” button to finish the installation. 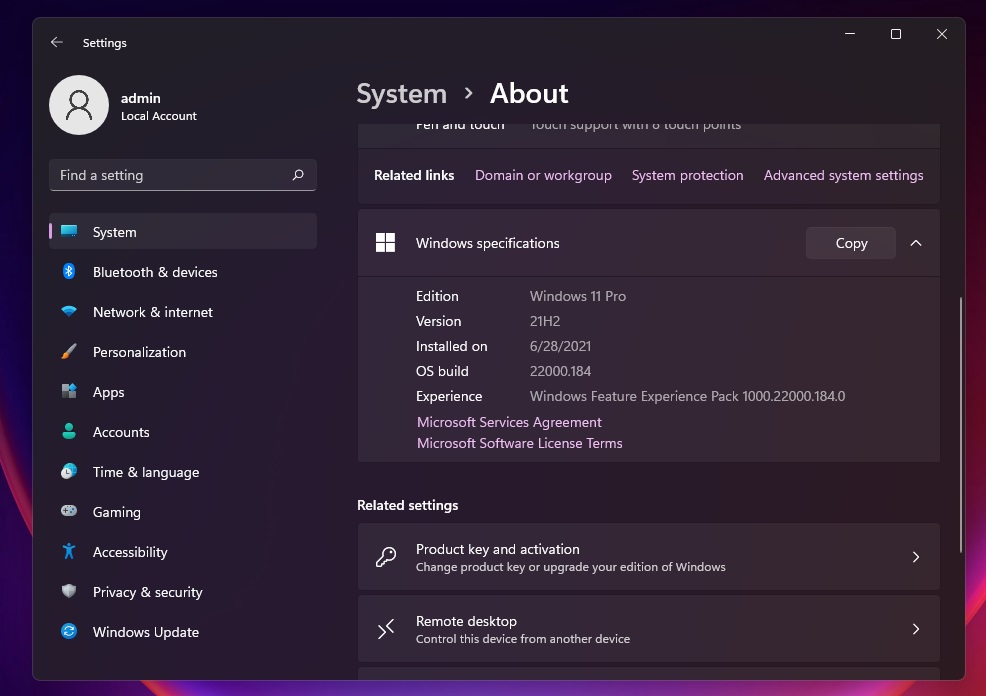 It’s worth noting that Windows 11 can be downloaded on any device as long as you modify the registry and get access to the Windows Insider program. Or you can also wait for the official release which is scheduled for October 5.

If you come across undocumented and unbearable bugs, you can always downgrade to Windows 10 using the Media Creation Tool.

Or you can uninstall Build 22000.184 by heading to Settings > Windows Update > Control Panel, and select the patch that you want to remove.