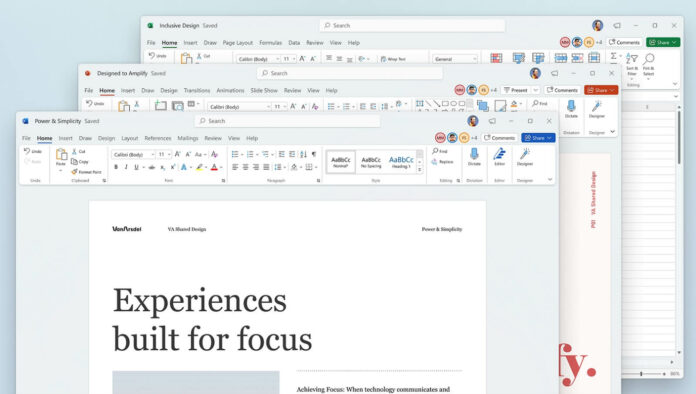 The Office visual update is ready for Windows 11, but it also works on Windows 10. This new redesign promises a simple, natural and consistent experience across your Windows apps. The new Office app comes with support for rounded corners and Fluent Design across all your apps.

On Windows 11 or Windows 10, Microsoft is updating all Office Word, Excel, Outlook desktop, PowerPoint, and other apps with the same intuitive and familiar user interface that matches the look and feel of the new operating system.

While these Office apps will look identical on both operating systems, rounded corner support for the app’s window is exclusive to Windows 11 only.

To get the most out of the redesign, you can tree these tips:

For Microsoft Office apps, there’s a new dark mode experience and it matches the look and feel of Windows native dark mode.

How to get the new Office update

In an update to the support document, Microsoft said the new Office visual update is rolling out to Office insiders running beta builds.

The redesign will be enabled automatically in the coming days, but users can always opt-out by manually disabling the Coming Soon feature, located in the top right corner.

It’s important to understand this Office overhaul is still in development and Microsoft is aware of several known issues. At the moment, it’s not yet clear as to when the new visual update for Microsoft Office would become ready for everyone, but for now, it’s expected to launch in the fall.