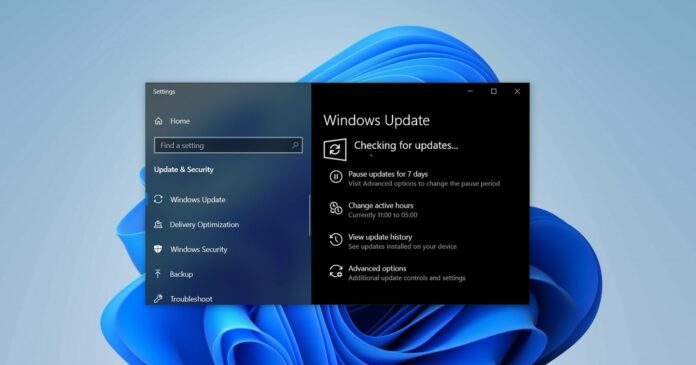 Windows 10 KB5004945 emergency update is rolling out to address a new Windows zero-day vulnerability called “PrintNightmare”. According to reports, PrintNightmare vulnerability is being actively exploited by attackers to achieve local privilege and remote code execution on affected machines.

As mentioned, Windows 10 version 2004 and newer will be getting the following Windows Update when they check for updates today: 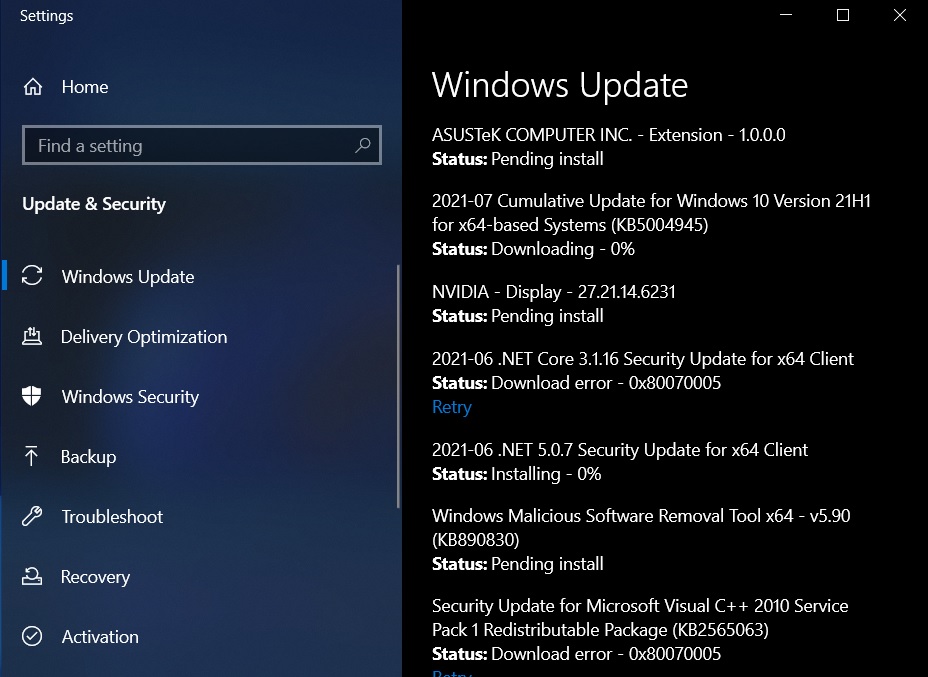 How to fix PrintNightmare vulnerability on Windows 10

Alternatively, you can manually download the offline installers from the Microsoft Update Catalog.

On Microsoft Update Catalog, you can find offline installers to any Windows Update. To find the update, click on the search box and enter the KB number. Next to the correct version/edition of Windows, click on the “Download” button. This will open a new window in your browser.

To begin the download, copy the .msu link and paste it into another tab.

The patch consists of various fixes geared towards addressing issues with Windows printer vulnerability that could allow an attacker to bypass the software security protections on affected devices.

The PrintNightmare bug affects Print Spooler which is a service responsible for managing all print jobs for hardware printers or print servers. This feature is enabled default on all Windows machines including Home and Pro editions, and it can be abused by attackers to remotely execute code. If exploited, attackers would gain full access to a domain controller.

Microsoft is advising users to install the emergency on affected devices as soon as possible.

“An Out-of-band update has been released to address a remote code execution exploit in the Windows Print Spooler service. We recommend you update your device as soon as possible,” the company said in a statement.

PrintNighmare vulnerability is also known as CVE-2021-34527 and it does not directly affect Point/Print technology, but it still poses a security threat. For example, it weakens the local security and exploitation could be possible.

In the document, Microsoft explained that installing the emergency Windows Update addresses the critical remote code execution bug in Print Spooler service, and admins can once again apply signed or unsigned printer drivers to a print server.

Here’s a timeline of how the vulnerability was first discovered and reported:

As mentioned at the outset, if you don’t want to install the emergency update, there’s a second workaround – disable Windows Print Spooler service.

How to mitigate Print Spooler PrintNightmae

To disable Print Spooler service to fix the PrintNightmare vulnerability, follow these steps:

When you run the above two commands, Windows will disable and prevent the Print Spooler service from starting again. If you want to re-enable the service, run these commands in PowerShell:

Alternatively, you can mitigate the printing vulnerability by making changes to the Group Policy Editor. To disable the Print Spooler and address PrintNightmare bug, follow these steps:

If you want to re-enable the service, follow the above steps again and select “Not configured” or “Enabled”. This will restore the print spooler service and a system reboot is not required.

Remember that these steps should be followed only if you’re planning to skip the out of band update.

Microsoft is currently not aware of any new issues in the emergency patch.

For remaining supported versions of Windows like version 1903, Microsoft is planning to release the emergency patch in the coming days.

If you skip today’s patch, you’ll receive the same fix in July’s Patch Tuesday updates, which will begin rolling out next week (July 13).

The upcoming July Patch Tuesday update is also expected to include a fix for Windows 10’s blurry taskbar bug and issues with News and interests feed. It will also resolve another bug affecting the performance (FPS and graphics quality) of some games, such as Call of Duty and PlayerUnknown’s Battleground (PUBG).