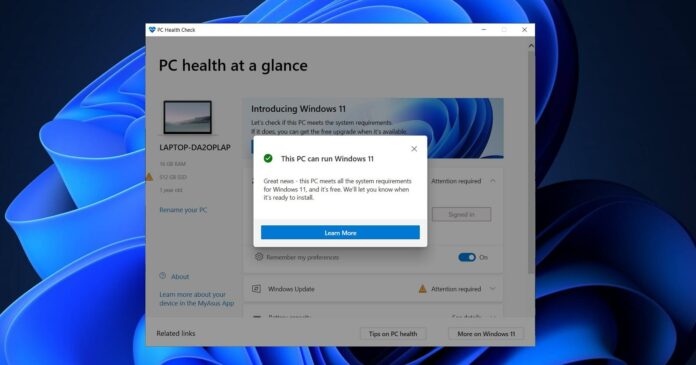 A number of users are seeing “This PC can’t run Windows 11” error when running compatibility checks using Microsoft’s PC Health Check Tool. It looks as though Microsoft’s misconfigured Health Check Tool is at the heart of sporadic problems some people have encountered.

Ahead of the wider rollout, Microsoft has released a new app called “PC Health Check” to help users run compatibility tests on Windows 10 and prepare their device for the big upgrade.

There seems to be some confusion around this app and some people are reporting “This PC can’t run Windows 11” errors. A lot of users have reported problems when running compatibility tests with PC Health Check Tool, usually because of TPM 2.0 requirements and problems with existing software or hardware.

Windows 11 is designed to work on all modern hardware, but it appears that the PC Health Check Tool is using a pair of switches that incorrectly returns the compatibility test result as “This PC can’t run Windows 11” even when the device is actually supported.

“While this PC doesn’t meet the system requirements to run Windows 11, you’ll keep getting Windows 10 updates,” the error message reads. 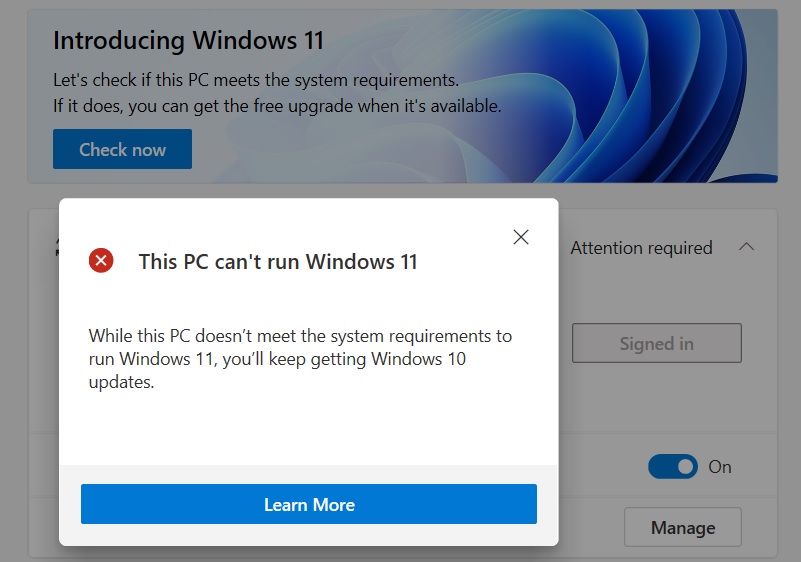 According to the document, TPM 2.0 newer is now a minimum system requirement instead of TPM 1.2

For those unaware, TPM (Trusted Platform Module) is a security feature built into all modern PCs and it enables new defences on a hardware level. According to Microsoft officials, almost every CPU in the last 5-7 years has a TPM. On Intel PCs, it is called “Intel PTT”. For AMD, it would be “AMD PSP fTPM”.

“TPMs have been required for OEM certification since at least 2015 and was announced in 2013,” Microsoft said.

The false error message is reported when the PC Health Check tool is unable to determine the root cause of the compatibility problem. According to Microsoft, users can install the update on PCs with newer processors (8th-gen, Ryzen 2000+) and TPM 2.0. Additionally, users must meet the following requirements:

Nearly all modern CPUs in the market are compatible with Windows 11, but you cannot install the update if you’ve anything older than the 8th-gen processors.

Why am I getting “This PC can’t run Windows 11”? error

If you don’t meet these requirements, your device is officially ineligible for the update.

Thankfully, Microsoft is aware of the reports and is working on a fix.

A company representative confirmed that Windows 11 Health Check app will be updated in the coming weeks with more clarity on system requirements.

“We’re going to improve the PC Health Check app over the next couple of week,” the company said.

Windows 11 preview builds are planned for next week and Microsoft is hoping to address some of these issues later this week.

Windows 11 is designed for everyone and it’s compatible with modern hardware, so naturally, it will run smoothly on PCs shipped in the last few years, but it can be installed on older hardware too.

Regarding the TPM requirement, Microsoft officials explained that PCs shipped in the last few years come with the TPM 2.0 feature. It’s possible that your PC does have TPM, but it’s disabled in the BIOS. If it’s disabled, you need to get into the BIOS and turn on TPM manually and reboot the system.

You can check if your device has the compatible TPM by running the command get-tpm in PowerShell: 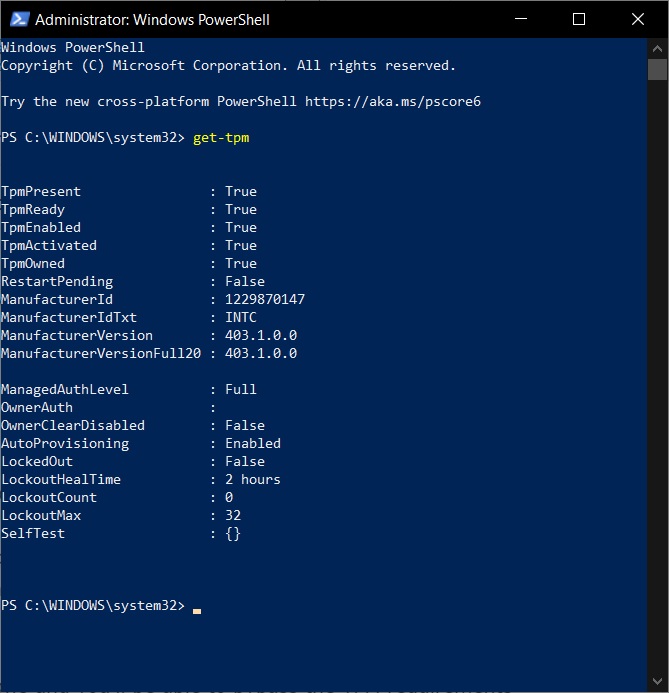 Microsoft is also believed to be working on features that will help you diagnose problems installing Windows 11 updates on PCs that are already running Windows 10.

If we’re being honest you probably don’t need to rush to get in on this. Windows 11 is still in preview and it is currently projected to go live in the fall, so we have enough time to prepare our devices for the upgrade.

Also, remember that Windows 11 is still Windows and you’ll be able to bypass the TPM requirements unofficially.

Update 1: This article has been updated to clarify that only TPM 2.0 is being supported and newer CPU requirement is now mandatory, according to updated documentation.