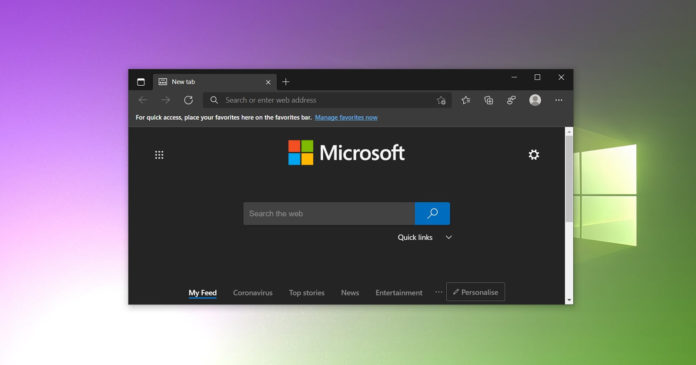 Last year, Microsoft said it was moving away from the default spell checking feature in open-source Chromium and Edge was updated with the new Windows Spellcheck API. This was also added to Google Chrome as an optional feature and it’s obviously limited to Windows 10.

Windows Spellchecker works only when you enable the experimental flag in Chrome’s flags menu and it replaces Chromium’s Hunspell spellchecker with the operating system’s built-in Spellcheck API.

But there’s a problem: Windows 10’s built-in spellchecker could stop working properly when there are a large number of misspellings in editable content, which has over 2000 characters. On such a page, if you right-click on a misspelt word to bring up the context menu with suggested corrections, the renderer process will stop responding.

Microsoft believes that the main issue is that if suggestions have not already been retrieved and cached, a synchronous IPC is made from the renderer process to the browser process, which doesn’t work as expected.

“If the platform spellchecker is still busy performing a text check on all of the content, this can be a long wait,” Microsoft noted. “A reason that the full-text check may take a long time is that suggestions are being retrieved for all misspelled words, even though the user may never invoke the context menu to view them,” the company added.

In Microsoft Edge, the feature is enabled by default and it has better support for URLs, acronyms, and email addresses. In addition to performance improvements, Microsoft is also fixing a bug where the browser was retrieving suggestions even for words not marked as misspelt.

This part of the fix is currently available behind another feature flag and it’ll be enabled by default.