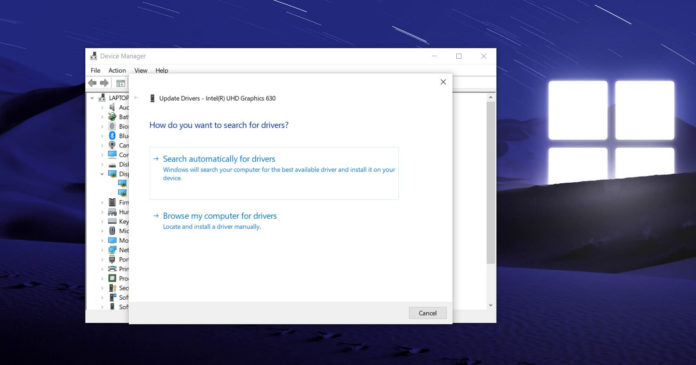 With October 2020 Patch Tuesday cumulative updates, Microsoft made a change that aims to tighten Windows verification of driver software. This change has been introduced to prevent malware from exploiting vulnerable hardware drivers to compromise a Windows 10 machine.

The first error message is “Windows can’t verify the publisher of this driver software” and the second is “No signature was present in the subject”.

Both error messages imply that Windows found improperly formatted catalog file in the driver validation and installation of drivers will fail.

If you get above two errors when installing drivers from your OEM or driver vendor website, Microsoft says you need to contact the manufacturer and ask them to upload the driver with appropriate fixes.

Users are likely to experience these issues only when they apply old driver updates. The newer drivers issued by Intel, AMD or Nvidia are already compatible with Windows 10’s new validation model.

It’s also worth noting that Microsoft is working on a number of changes to stop drivers trashing installations of Windows 10. For instance, Microsoft now allows hardware partners (Dell, HP, Intel, etc) to ask for Windows 10 feature upgrade blocks when they find driver compatibility issues during their tests.